Friday Speak Out!: The Best Thing So Far...

When I am speaking to a group about how publishing my first book at age 56 has been the best thing in my life, I always qualify the statement like this: After my kids of course, and my grandson...and my husband. After properly crediting my family for bringing joy and wonder to my life, I get to the business of sharing how much fun I have been having since April 8, 2014, when She Writes Press published my book, Flip-Flops After 50: And Other Thoughts On Aging I Remembered To Write Down, a collection of essays on turning, and being, 50.

Bringing my book to life after years of longing to be a Published Author is an achievement I began to think I wasn’t going to accomplish. I still have my doubts...am I legit? I’m on Amazon, but so are over 8 million other writers. I participated in an Author’s Night at Barnes & Noble. As an author. Does that legitimize me and my work?

At one of my first book signings, I looked around the room as I talked and tried to keep my composure because I was positive that every single person there was bored out of their skull. No one smiled or moved. They were all probably trying to figure out a way to check their email or play Candy Crush. I talked and talked, hoping I was making sense and hoping I didn’t forget anything. (I’m sure I did, I was so nervous.) After the talk, I opened up the floor for questions, hoping--no, praying--that at least one person would say anything. After what seemed like an hour, a woman asked how long it had taken me to write my book. My standard answer is usually, “56 years” but I held back my snarky answer and told her that I had started, then stopped, and then started again so all tolled it was about two years. Then another woman asked another question, then another and another. Suddenly there was an energy in the room I had not felt before and everyone seemed so...curious. It was wonderful. Afterwards, when I was signing books and speaking individually to the (mostly) women in attendance, I got another burst of energy as many of them shared their secret desires “to write.” I drove home that night with a huge grin stuck on my face. Who could have ever predicted that being an author was so much fun?

I still look around at other authors and writers and draw comparisons between my and their “success.” But what do I know about how others measure their success? I only know how to measure mine. And I am measuring mine by how good I feel every time someone says, “I loved this book. I feel exactly the same way.”

And I’m still having a good time. 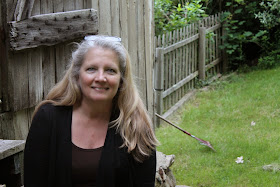 Cindy Eastman’s first book, a collection of essays entitled Flip-Flops After 50: And Other Thoughts On Aging I Remembered To Write Down was published by She Writes Press in April 2014. She is a writer and an educator raised in Louisville, Kentucky and attended undergraduate schools in Austin, Texas and graduate school in Springfield, Massachusetts. Cindy holds a Master’s degree in Education and has taught students from ages 5 to 85 in subjects including, but not limited to, poetry, English, creative writing and computer skills. She currently lives in Connecticut with as much of her family as possible.
~~~~~~~~~~~~~~~~~~~~~~~~~~~~~~~~~~~~~~~~~~~~