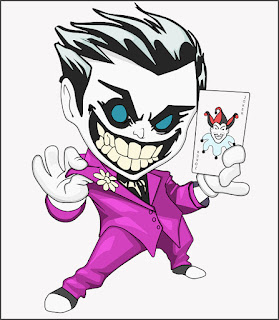 This week, I attended a webinar on antagonists so I’ve been giving the possible adversaries for my character a lot of thought. One reason for this is that I don’t tend to go with your classic villain, the mustachio twirling bad guy of silent film. Does this mean I don’t have an antagonist? Not necessarily. There are six different kinds of antagonists your protagonist may face.

Very often, the antagonists in our stories are people. In a cozy it is the murderer, arsonists, or other culprit. In a middle grade story in a school setting, it might be the girl who heads up the most popular clique.
But it doesn’t have to be that straight forward. Let’s go back to the middle grade story. Your character might think that the mean girl is the one undermining her attempts to finish a school project when really it is her jealous best friend. There’s a lot to work with in creating villainous motivations from human nature.

Wild animals can also make powerful antagonists. Think about the great white shark in Jaws or the dinosaurs in Jurassic Park. The drive that motivates these various animals is pretty simple. Survival!
Giving your character an animal antagonist increases the fear factor in many ways. After all, unless your human antagonist is Hannibal Lecter, you probably aren’t at risk of getting gobbled up.

I’ve separated animals and nature because in this category I’m thinking less about living things and more about forces of nature. It could be a storm, the weight of the ocean depths, or the vacuum of space. Natural forces aren’t consciously trying to mess things up for your character but in some ways that makes it scarier. It isn’t personal. It isn’t even conscious. It’s just the inexorable laws of science.
You can also pair a natural force with an animal antagonist. In Megalodon, the massive, ancient shark cracks the glass in the deep sea research center. At that point the characters have to worry about getting eaten and whether they will get crushed first or drown first.

You can also give your character a supernatural adversary. You might want to slot in vampires and lycanthropy here but I’m thinking about ghosts, demons, and various spooky forces. Or a character opens up an ancient tomb, Pandora’s box, or a genie’s lamp and unleashes a curse into the world.
This may be a thinking adversary, depending on the rules you use to create your ghost, or something more like a force of nature.

Your character’s society can also be an antagonist. Even without President Snow, a society that pits teens against each other like the one depicted in The Hunger Games would make a believable adversary. Any character that is trying to move beyond their “station” or break with a societal convention is, in some way, confronting their society.

Last but not least, your character’s antagonist might be themselves. Think about the many ways that a character might limit themselves. It might be a character questioning her intelligence, her worthiness, or her right to rule. Any character who battles strong enough self-doubt may well be the antagonist.
The thing about antagonists is that you don't have to pick just one.  You can layer them into a story. Perhaps your human antagonist is a vassal of a supernatural antagonist, your character has to move beyond the limitations placed on her by society, and is also battle crippling anxiety.
Layer them on, mix them up, and watch your story tension rise.
--SueBE
Sue Bradford Edwards' is the author of over 30 books for young readers.  To find out more about her writing, visit her site and blog, One Writer's Journey.
The next session of her new course, Pitching, Querying and Submitting Your Work will begin on May 1, 2022).  Coping with rejection is one of the topics she will cover in this course.
Sue is also the instructor for  Research: Prepping to Write Nonfiction for Children and Young Adults (next session begins May 1, 2022) and Writing Nonfiction for Children and Young Adults (next session begins May 1, 2022).
Sue Bradford Edwards at 12:00 AM
Share