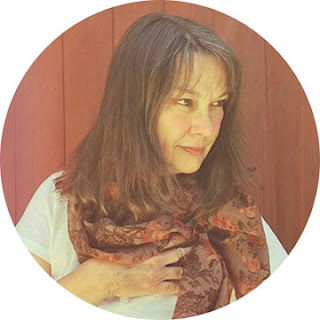 Winner of The Writers’ Union of Canada’s 2016 short prose contest for developing writers and WOW! Women on Writing’s 2018 Essay Contest, Susan Wadds’ short fiction and poetry have been featured in literary journals and anthologies, including Room and carte blanche magazines. The first two chapters of her novel, What the Living Do, won Lazuli Literary Group’s writing contest, published in Azure’s winter 2017 issue. She leads writing workshops and retreats in Canada and Europe, and most currently, online. Her website is writeyourwayin.ca. She lives in South-Central Ontario, Canada. A graduate of the Humber School for Writers, Susan is certified in the Amherst Writers and Artists (AWA) method of writing workshop facilitation. She is Past President of the Writers’ Community of Simcoe County (WCSC). Since 1989, she’s sustained herself and family through her Rebalancing therapeutic bodywork practice.

Give Susan's essay, "What I Remember is This," a read and return to learn more about the author.

WOW:  “What I Remember Is This” is a multi-layered piece of creative non-fiction that contains many different elements of the relationship between mother and daughter—including the mental and physical memories of a specific timeframe. Was it difficult editing this piece and deciding which parts to include explore on a more deeper level?

Susan: I must say you’ve really done your homework! These are terrific questions. I wouldn’t say it was difficult per se, to decide what to include, but approaching the story took many turns. I did try it as a piece of fiction but, as I often find, fictionalizing these events simply didn’t work. In fiction, one has to have explanations for everything that’s said and done, if only in one’s head, to make sense of the piece. Life doesn’t always have the answers we seek, which to my mind makes creative non-fiction all the more compelling. I considered leaving out the hippie commune and factory work but then there was no obvious backstory to the mother’s outburst; the humiliation heaped onto her already precarious physical state. I considered also making the reason for the marrow test more explicit, but in the end felt it wasn’t necessary.

WOW: Thank you for that kind compliment! What do you most enjoy about writing creative nonfiction?

Susan: When I feel brave enough, I’m able to step in and tell the truth. That telling of “my” story is always a relief – to have it land on the page somehow alleviates the weight of it. Rarely am I able to write about anything that’s less than ten years old. As Barbara Turner-Vesselago advises, it’s best to let personal stories “compost” before writing them. She maintains that to have perspective and to avoid a rant, one needs to wait. The stories are there, I just have to wait until the shape reveals itself.

WOW: I can totally get on board with that perspective of watiting. I'm in my mid-40s now and find I'm writing more and more about now about things that happened in my teens and 20s. You also lead online writing retreats and workshops, and have one titled COVID-19 and Sanity. How has this specific workshop been helpful to the writers you’ve connected with?

Susan: During the past seven months these Zoom workshops have been the silver lining and many of the participants have stated just that – the workshops are what’s keeping them sane. Through connection but also through being able to set down the weight of what this time asks of us. The Amherst Artists and Writers (AWA) method of writing workshop facilitation buoys and encourages, noting always what is strong in freshly generated writing. So at the end of a workshop, everyone feels heard, seen, and appreciated. More than ever, we all need that. In the beginning, gathering virtually was a necessity done begrudgingly but as we progressed through the weeks and months, a surprising intimacy developed. Instead of being limited to local writers, I will often have people from Portland, New Jersey, Kenora, Victoria, Toronto, Calgary, and Costa Rica. Many have met online and it’s always sweet when those who’ve shared the screen before meet up again – delighted to reconnect and write together. There are a few who are working on full manuscripts, so it’s a thrill to listen as these stories take shape. In effect, all the workshops these days are "COVID-19 and Sanity."

WOW: Part of your novel, What the Living Do, has already garnered an award. Could you tell us what the book is about?

Susan: Brett Catlin imagines herself tough and capable, attributes she’s developed to counter her deep feelings of remorse over deaths she believes she’s caused. She’s a 39-year-old road worker who, when she finds out she has cancer, initially refuses a hysterectomy. After unsuccessfully attempting to heal herself through alternative methods, she agrees to the surgery only to discover that she’s pregnant. During a trip home to help her mother, Brett witnesses her older cousin’s interaction with his young niece which sets off a series of reactions and realizations. This encounter ultimately helps her decide the course of her life and the life she carries.

WOW: You work helping others through a rebalancing therapeutic bodywork practice. What does this practice entail and how have you seen it help others?

Susan: In the mid-eighties, I received several Rebalancing sessions that transformed my relationship with my body. The revelations I experienced of what lies beneath the surface are what took me to India in 1988 for the training. There, we learned from many different teachers, each with their own style and approach, from the deep-tissue work of Ida Rolf to the soft joint release of Milton Trager, to the powerful bioenergetic, emotional release work of Wilhelm Reich. The training was experiential which meant that every day we worked on ourselves and each other, physically, emotionally, and psychologically. Given the range of learned techniques, every Rebalancer develops their own unique approach. I tend to use deep-tissue massage and soft joint release, along with breath and energy work in my sessions. On the surface, benefits include ease of movement and freedom from pain, and on a deeper level, clients experience a sense of being restored, of coming home, and often an emotional response brings recognition and release from old trauma.

WOW: That sounds amazing--I can see why you find joy in that line of work and helping others. We can't wait to see what else you share with the world in your writing journey!