Friday Speak Out!: Why Heartburn and Rejection Go Hand in Hand

by Theresa Boedeker
My first short story I submitted was accepted.
My second story ended that winning streak.
By graduate school, my friend and I talked about papering our bathroom walls with all the rejection letters we received.
Reality is that writing is full of rejections. Even well-known writers get their work rejected for various reasons.
Why one piece gets accepted here and rejected over there is as mysterious as trying to figure out when in the day a family of six will spontaneously arrive in the living room at exactly the same time.
You may have your theory about why your work is rejected, but this is mine.
I like to think that the reason my writing is rejected is because my work was read shortly after lunch. At about the same exact time that the editor develops heartburn from having greedily eaten an insane number of hot tacos.
Who says yes to a practically perfected piece of writing when smack in the middle of experiencing heartburn?
No one.
Like I said, that's my theory. So, when I receive a rejection letter, I just think heartburn and to many hot tacos. This way I don't take it so personally.
This theory helps me take a step back and question if this was the best place to submit the piece. If the piece needs to be reworked. And address how I can strengthen it before sending it out again.
Sure, there may be another way to look at this heartburn issue.
In grad school I worked on the school literary magazine as an editor. Suddenly I was the one deciding if the piece should be considered. Or promptly sent back with no other reads.
Talk about power.
Talk about heartburn.
The first several times I rejected a piece it was hard.
I didn't want to hurt their feelings. I didn't want to discourage them from writing. I didn't want to paper their bathroom walls with another generic rejection form.
But really, some of the submissions were pretty bad. Some were brilliant. And some were okay.
And while I am not a person prone to heartburn, some of the submissions I read were so bad I felt like I was experiencing heartburn.
After enough of these, it became easier to identify the icky sensations overtaking my chest and reject them on the basis of almost causing me heartburn.
So yes, I know there are two ways an editor can experience heartburn. One from the writing itself. And one from the food they recently ate.
I like to think my writing being rejected, falls only in the last category.
Question: What is your theory you have developed for why your work gets rejected? And how does it help you not take it so personally?
* * * 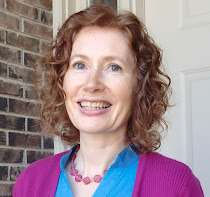