The Silent Patient: A Lesson in Craft 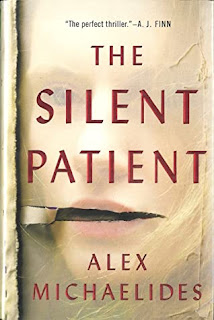 It seems appropriate that I start this post with dual warnings since this is a book with two narrators and two timelines. This post will be a gigantic plot spoiler. You’ve been warned so no fussing.


The second warning is a trigger warning. This book is about abuse. As a thriller, this book is creepy and will at times makes your skin crawl. As a woman you’ve dealt with men who think that everything female on earth was put there for them. And then there’s the abuse.

In spite of this, when I finished this book, I had the urge to go back to page one. Once I read the ending, I wanted to see how author Alex Michaelides set everything up. The ending was 100% inescapable but also a complete surprise.

For those of you who don’t know the book, it is the story of a painter, Alicia Berenson. She and her husband, a fashion photographer, live in a big London home in a trendy neighborhood. She has an upcoming show. Then one night her husband comes home and she shoots him five times. No one knows why because she hasn’t spoken a word since the murder.

The present timeline is told by Theo Faber, her present psychotherapist. He is certain Alicia didn’t shoot her husband but the only way to find out what happened is to get her to speak. To do this, he delves into her past. He talks to her cousin, her brother-in-law, and her gallery owner. Alicia as described by each of these men is a very different person.

The story bounces between the two narrators and timelines. As the reader, you know someone has to be lying because there are just too many contradictions. You think you know which characters Alicia should trust.

But as the stories dovetail, you realize Theo isn’t reliable. Really. This part is a huge plot spoiler. You find out that he was the stalker who threatened to kill both Alicia and her husband. He didn’t and wants to know who did. I can’t bring myself to spoil the entire plot. I know I warned you, but I just can’t do it.

Read this book to study an ending that is surprising but inevitable. Learn about voice and how to choose your narrator(s). Explore pacing. I might be jealous if I wasn’t trying to piece together exactly how he did it. 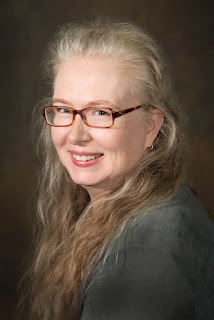 Sue Bradford Edwards' is the author of over 25 books for young readers.  To find out more about her writing, visit her blog, One Writer's Journey.