At the Seam of the Historical, Literary, and Surreal: Interview with Clare Beams, author of The Illness Lesson 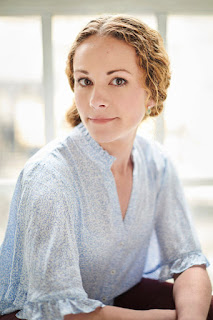 CLARE BEAMS is the author of the story collection We Show What We Have Learned, which won the Bard Fiction Prize and was a Kirkus Best Debut of 2016, as well as a finalist for the PEN/Robert W. Bingham Prize, the New York Public Library's Young Lions Fiction Award, and the Shirley Jackson Award.

She lives in Pittsburgh with her husband and two daughters, and has taught creative writing at Carnegie Mellon University and St. Vincent College.

If you haven't done so already, check out Clare's more recent published novel The Illness Lesson and then return here for a chat with the author.

WOW: Congratulations on such wonderful media coverage for The Illness Lesson. I just started reading it and it's unlike anything I've ever read mainly because the character is so female-driven. How did the idea for the novel come about? Would you categorize the novel as historical fiction?

Clare: Thank you! The novel started for me the way most of my writing does—with an image that turns out (in ways I’m not conscious of, at first) to hold many of the story’s eventual ideas and themes. I’d recently been to Fruitlands, site of a failed commune started by Bronson Alcott (Louisa May Alcott’s father)—a place full of beautiful ideas and blind spots—and I had this image of a red bird descending on that very traditionally pastoral New England landscape, something that would be strikingly out of place and unsettling. The birds end up having a lot to do with the contradictions of the school itself: a school for girls, founded with good and noble intentions that nonetheless doesn’t have all that much awareness of what it means to be a girl in that time and place.

It’s strange—obviously the novel is historical fiction, in that it’s set in 1871 and does take place in and around real historical movements. But it’s also the kind of novel that invents a strange species of bird. I think I see it living somewhere at the seam of the historical, the literary, and the surreal.

WOW: You mentioned that in the seven (7!) years it took you to write it, you moved and had 2 children. That's quite some project! What did it take to complete that big goal?

Clare: It took a lot of time and focus that were sometimes very hard to come by! Ultimately, it was a start-and-stop process. The final push came as a full-family effort—I’d ended up with a semester with no teaching in it, not entirely by choice, and we decided to turn that semester into the time I needed to complete the massive overhaul I knew the book required. I had to find a concentrated burst of time in which to get the whole thing into my head again, instead of picking away at it. And so for those three months, my husband was the one to stay home when the kids were sick, deal with the plumber, etc., so that I could live as fully as possible in the world of this book.

"Try to avoid feeling prematurely discouraged, and just get something down, and then set about fixing it. Fixing it turns out to be—for me, anyway—where so much of the joy lies."


WOW: And on that same note, I just have to ask... how did you manage to stay motivated and disciplined to write to the finish line through the difficult moments? I know you had a lot of support? Did you have a publishing deal from the start to help you stay focused on those difficult days? What was your big WHY?

Clare: Yes, I had lots of support from the people in my professional and personal lives. But no, I had no publishing deal! I did publish We Show What We Have Learned, my story collection, in 2016—partway through the work of finishing this novel—and that book’s reception gave me a sense that there were some readers out there who might respond to this novel, to whom it might mean something. That was motivating. And I loved these characters and felt like they and their situation were important—important at least to me. Practically speaking, I had an agent who was asking periodically how things were going with this novel. For that last burst of work, those concentrated three months, I gave myself a deadline for getting her a draft, and then I just decided to do my best to stick to it.

WOW: You have an extensive career as a professional instructor of writing. How did that background help you write this novel?

Clare: Teaching does serve as a useful reminder sometimes, in that instructions you’re giving your students can function as reminders to yourself, too. I’m always telling my students to ground things in the sensory, to be specific, to allow their characters full human complication; those are things I always try to bear in mind too.

WOW: Do you have any advice for writers seeking to take an idea into fiction? What would be the best place to start?

Clare: Truly, I think the most important thing is just to start. Ideas are so wonderfully glowing, so uncomplicatedly brilliant, when they live just in our heads. The thing you manage to put on the paper never quite matches up, exactly (though it can become its own wonderful thing), and that contrast can feel discouraging enough to stop a writer altogether. But no one else can see the thing in your head. The version on paper is all you have, if you want to share it. So what I would say is that writers just starting out should try to avoid feeling prematurely discouraged, and just get something down, and then set about fixing it. Fixing it turns out to be—for me, anyway—where so much of the joy lies. 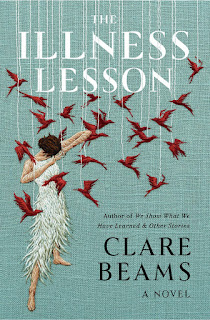 "When I write about the past I’m often really writing about the present—looking to history to provide an intensified stage on which to consider issues we still face."


WOW: As one reviewer put it, "I quickly identified The Illness Lesson as a book dealing with similar issues girls and women continue to face in modern times." Having not yet finished the book, could you speak to this? And what would be takeaways for the reader in dealing with these issues?

Clare: Well, I think when I write about the past I’m often really writing about the present—looking to history to provide an intensified stage on which to consider issues we still face. I think that’s certainly true here. The kinds of questions The Illness Lesson addresses aren’t, I don’t think, questions with easy answers or easy takeaways. I think I’m just hoping readers will find that at the end of the book they can see certain forces in their own lives more clearly.

WOW: Thank you for sharing your writing with us and for your thoughtful responses. 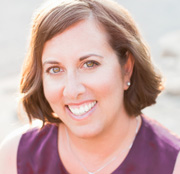 Interviewed by Dorit Sasson whose upcoming memoir Sand and Steel: A Memoir of Longing and Coming Home will be released later this year by Mascot Books.
WOW! at 1:30 AM
Share