I had a post planned for today on cultivating relationships in your career, but something else was on my heart. It’s been a very eye-opening past few weeks, and I can’t help but feel as if there’s a hidden message underneath it all for me.

At the beginning of last week, we received word the father of one of the students at our school passed away unexpectedly while on a business trip. He was not yet 50. I watched the school community pull together and do what they could to help the wife and son whose world was turned upside down in an instant. A day later, the pastor at our church notified us that one of teens in our youth program had also died. From the messaging on the initial e-mail, my heart sank when I realized he had taken his own life. My children were stunned and confused that their peer, who had just turned 18 and been accepted into his dream college, was gone. This was a boy who lit up every room he walked into--he was always smiling and making sure everyone else’s needs were met before his own. It was even more difficult as we all processed that this boy’s father had died just three years earlier, leaving us concerned for his mother and how she was coping.

As we were preparing to attend this boy’s visitation and funeral services, my husband got a text message that a former co-worker lost his battle with cancer over the weekend. We hadn’t even known this man, who was 45 years old, was ill. He had chosen to fight his battle privately and with as little fanfare as possible.

It was a lot to take in all at once. While I have had a pile of work to dig through, it’s been hard to focus. There have been a lot of tears and questions. I’ve also had to sit back and marvel at how hectic our lives have become, and how all of these deaths happened suddenly and for the most part, without warning. As I was on a walk recently, listening to one of my favorite motivational speakers, she told a story about how her brother-in-law had unexpectedly passed away a few months ago at the age of 43. He and her sister had always said they were going to travel “one day,” when they had enough time and money. Now that day will never come.

I’ve already pushed my own husband to plan a few trips this year, including one for our 20-year wedding anniversary. We both worked so hard over the past few years that we haven’t taken enough time to decompress from it all. I know now that’s a mistake. I’ve also tried to take time to reach out to friends I haven’t talked to in a while and tell my kids how much I love them and am there for them if they ever need me. I also realize it’s time to quit putting off all these writing projects I want to publish and produce.

We aren’t guaranteed tomorrow. We don’t want to our dreams to pass us by because “the time isn’t right yet.”

Make the time to follow your heart and hold your loved ones tight today. 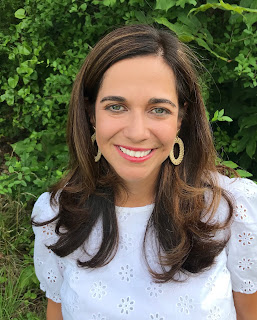 Renee Roberson is an award-winning writer and magazine editor. Visit her website at FinishedPages.com.
Renee Roberson at 3:00 AM
Share