Almost two years after I began to work on my first novel, I had a revelation: writing is not unlike a factory job. This may seem a depressing thought, especially for a writer who has the good fortune to live in Paris, but it has actually encouraged, even buoyed me on many an occasion.

Before I took up writing full-time I represented an American foundation in France. I worked alone and at home and didn’t see why producing fiction rather than memos would be any different. Instead of getting up really early and squeezing in an hour of words before the household woke up and my day job began, as I’d been doing, I’d now just write all day once the kids were at school and the dog walked.

But working for and with other people, even if they are almost 4000 miles away, is completely different from working on a novel. With the foundation job, people were waiting for those memos. I had calls and appointments to make, meetings to organize. There were deadlines. As a writer of fiction, no one is waiting. In fact no one besides you could care less whether your story is finished tomorrow or a hundred years from now.

For the first year I would sit at my desk and find a million excuses to do something else. Up I’d get to put in another load of laundry—and with five children this excuse always had some legitimate urgency. Or out I’d go to buy food for that small army’s supper that evening.

By the second year, with very few words to show for myself, it was obvious something had to change. Fortunately, this being Paris, we had a chambre de service, a room on the top floor of the building where the domestic help used to live. After a fresh coat of paint and some new wiring (the electricity had not been changed since before the war), I began going upstairs every morning. And there I made myself sit until at least 12.30 and the 500 words I had assigned myself were written.

I discovered that clocking in and out every morning, just like a factory worker, was a huge help to the production process itself. It was as if my brain began to know that it was time for the cogs to start turning and the assembly line to start manufacturing words. Even if they weren’t very good, at least I had something to work with the next day, though I often found that what seemed horrible just after I’d written it didn’t look so bad the next day (unfortunately, the opposite is also true. What seems brilliant today can look tarnished and trite tomorrow).

Not everyone, I realize, has the luxury of a little office outside the house overlooking the rooftops of Paris. But choose a room in your house and lock the door. Find a corner and glue yourself to the seat for several hours. It really will improve productivity. 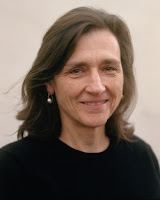 Mary Fleming, originally from Chicago, moved to Paris in 1981, where she worked as a freelance journalist and consultant. Before turning full-time to writing fiction, she was the French representative for the American foundation The German Marshall Fund. A long-time board member of the French Fulbright Commission, Mary continues to serve on the board of Bibliothèques sans Frontières. Having raised five children, she and her husband now split their time between Paris and Normandy. THE ART OF REGRET is her second novel. She writes a blog called A Paris-Perche Diary at https://mf.ghost.io/. Her website is https://www.maryfleming.co/.