Am I Ready For a Rocking Chair?

I turned 60 this past summer. No big party (thank goodness). My family thankfully listened to me about what I wanted, and we had a great dinner at one of our favorite Mexican restaurants.

No huge gala, but a huge pause. Things start happening after 60. Bad things.

Sixty is the time when people start perusing the obituaries... They create a bucket list and tally up all the things they haven't done yet... At that age, some people slow down. 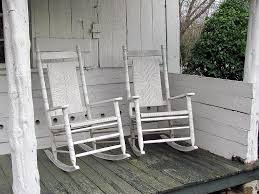 I saw a story about a man named Ray Boutwell. He's 93 and just launched his "boozy cupcake" bakery business. It's going so well, he's expanding into the space next-door.

"I'm gonna make ice cream... on the level of Ben and Jerry."

According to him, working gets his blood going. It's obvious he wouldn't dream of slowing down, or truly retiring.

Several things get my blood going: teaching, writing and traveling.

Four years ago I retired from public school teaching, and immediately began my second teaching "career" with the local archdiocese. I'll continue working with students until 1) I no longer enjoy it 2) I'm no longer an effective educator or 3) I'm no longer able to do it.

(Yeah, I'm saving the best--or at least the most imporant to me--for last.)

I've been to France three times. I've done a bit of traveling in the U.S. I've been to Turkey twice, a couple of evenings in Spain, and circumnavigated Iceland in a homemade sailboat that I handled all on my own on a cruise ship. This next summer I'm heading to the islands north of Scotland, and I'd love to go to Greece, Ireland and Italy, too. My son and daughter-in-law have put down Japan as their #1 choice when it comes to where they're stationed--after next year. If they get their wish, I'll have a free place to stay in Japan.

When I was younger, I wanted there to be a book--any book--on bookstore shelves with my name on it.

Now I'm driven to get a particular book published. I've been submitting it to agents and publishers, I've been shot down with form rejections as well as complimentary, "thanks but no thanks" emails. Getting this story into book form gets my blood going. I've cried over some of the obstacles. I've been bolstered by emails and blog comments and beta readers' reviews. I'm determined not to head to a permanent rocking chair until this story somehow gets told.

I'd also like to get a few more Chicken Soup for the Soul stories published. So far there are 16 anthologies with my stories in them. I'm competitive (with myself, mostly). I almost always want more.

So if you consider yourself too old to begin a huge project like a novel, or a memoir... if you are saying to yourself, "Well, I'll probably be ___ years old whenever I finish the manuscript" so why bother... if you think of yourself as ready to slow down--maybe you need to speed  up. Maybe you need to remember that you'll be ___ years old whether you're working on achieving a dream or not.

Get busy on what you want to do with the rest of your life. Time's a wastin'.

(And if you can't make it to Ray's Boozy Cupcakes, Etc. in New Jersey, check out these spiked cupcake recipes.) 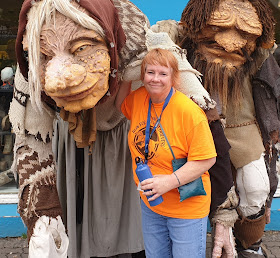 Sioux Roslawski, on her trip this summer, found out that Icelandic people believe in trolls. This picture is proof that trolls do indeed exist.

She also believes in her WIP... and won't rest until it's published.

You can read more about Sioux on her blog.