Writing in the Beginning (The First Born Child)

Youngest Junior Hall was hanging about for a few days recently and as is often the case with this third child, I was reminded of how different I was as a mother, between my firstborn and the lastborn. And then my mind wandered to writing—because technically, I was supposed to be working—and bam! I could see obvious parallels between writing and parenting.

Writing in the Beginning (The First Born Child) 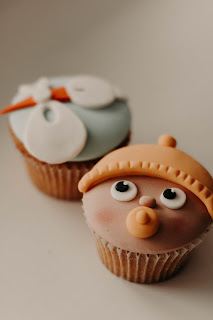 The just-starting-out writer is much the same. She’s the one at the writing conference who is actually taking notes (and highlighting them later). He has a ton of books on writing topics, and he’s probably read at least half of ‘em. The beginning writer is often super-focused on learning as much of the craft as possible. It will wear one out, watching this Writer-gizer Bunny tackling everything!

Oh! And their first writing success? It’s a celebration for the ages! SO many pictures of that first acceptance (no pay, but it still counts). Time to post cupcakes and sparklers, toasting with champagne…exactly like those parents who post every milestone in that first baby’s life (and P.S. maybe the cord dropping off is not a milestone we all need to see). It’s a whole new world for everyone—and whether parent or writer—the excitement rolls along like a tsunami.

And then another baby (or two) comes along and for the writer, days turn into weeks, months to years…

I don’t know about other parents, but by the time Youngest Junior Hall came along I didn’t have time to be super attentive—or even sort of attentive. And it’s a documented fact (or more accurately un-documented fact) that his baby book consists of about eight pictures. Nobody bothered reading any of the latest baby info out there because by then, we’d pretty much seen it all. And what we hadn’t seen, we figured it’d all work out eventually. (Well, except for the double inguinal hernia…that I had not seen before and called the pediatrician). The point is, by the third born child, a parent gets a bit jaded. And by a bit, I mean a lot.

It’s the same for the writer who’s been at it for ten or more years. We’re not excited by the no-pay acceptances anymore; we want big, fat, paychecks—and those are a bit harder to come by. And by a bit, I mean a lot. Not that we won’t toot those horns when we have a success, but it has to be a HUGE success—like a three-book contract! And we might still go to conferences, but to see friends or teach, not so much to learn something new. Because the truth is, we’ve seen or heard most of it before, and if it’s terribly new and complicated, we’re not sure we’re up to figuring it out, anyway. Bottom line, we get jaded, too.

But it’s all part of the process, whether parents or writers, and every step along the way is important. The first heady days as a writer are just as necessary as the early exhilarating days as a new parent; those memorable waves of joy and triumph carry us through the long haul of ups and downs to come.

So for those of you just starting out, congratulations! You’ll write circles around me, I’m sure, and you’ll know all sorts of new stuff, and you'll push boundaries and make the writing world a better place. You keep us all inspired, even if you are kinda obnoxious.

And for those who’ve been at it for a long while, congratulations! You’ve stuck to it, you’ve weathered the highs and lows, and you handle it all with a certain amount of equanimity. You’re inspiring, too, but honestly, you’re also kinda obnoxious. (Or maybe that’s just me?)

Whatever. All I really want to say is let’s go celebrate with sparklers and cupcakes! We deserve it! 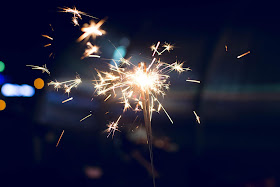 And just for the record, Youngest Junior Hall (sorta) turned out all right.