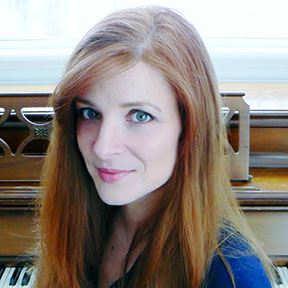 We are so lucky to have this interview with Jackie Pick today. She has won our writing contests a few times now, so you may recognize her name! She is a former teacher who only recently embraced her true calling as a word monkey. Jackie is a contributing author to both Multiples Illuminated anthologies, as well as Here in the Middle and So Glad They Told Me: Women Get Real About Motherhood. Her essays have been in the literary magazines The Sun and Selfish, as well as various online sites, including Mamalode, The Herstories Project, and Scary Mommy. Jackie is also co-writer and executive producer of the award-winning short film Fixed Up and a proud member of the 2017 Chicago cast of Listen To Your Mother. A graduate of the University of Chicago and Northwestern, Jackie lives in the Chicago area with her husband and her three children. You can follow Jackie on Twitter, Instagram, and Facebook, where she mostly just apologizes for not updating her blog.

If you haven't had a chance to read her award-winning essay titled "Winter Concert" yet, then you have to do so right here. Every parent who has ever gone to a Winter/Christmas concert will appreciate the humor in this!

WOW: Congratulations on winning 2nd place in this essay contest! Your essay about the elementary Christmas concert really rang true for me, although I’ve only got one 7-yr-old daughter! Tell us how you took such a stressful time and turned it into a hysterical essay!

Jackie: Aw, you still have the recorder years ahead of you. Hang on to your hat! Literally. Pull it down over your ears and hold tight.

I have a very narrow skill set, but smack dab in the middle of it is a remarkable ability to make any ridiculous moment even more so, or to walk into an entirely worse moment. This leads to profound gobsmackedness (er...gobsmack? state of being gobsmacked?). Things I unwittingly do and the profoundly inappropriate reactions I have often are universal enough (or bonkers enough) to write about. I draft from that “what on Earth/woe is me/let’s see if I can fix this/nope, that’s worse” space.
For example, I shall now stress moderately about using “gobsmackedness” in the above paragraph, then – poof – my roof will start leaking, and I’ll need a root canal. It will all somehow be tied together and end up with me losing a toenail, and everyone else involved enjoying pastries. BAM! Essay! And a visit to the foot doctor.

WOW: Ha! Ha! Reminds me of the time my daughter had a fever and my washing machine overflowed and I couldn't find my tools. So my 80-year-old dad had to come over with his, and this was right when I had put some lunch in the oven, which of course I forgot about!  Parenthood. Humor is a lot about timing, exaggeration, and surprise. And it’s not easy to do. Can you give us a couple humor essay tips?

Jackie: Humor is so subjective, and the written word is a fraught humor delivery system. In other forms of humor (performance, comics, etc.), visual and auditory cues carry some of the load. In an essay or story, each word has to pull its weight and then some. Word choice and pacing are crucial.
You have to be willing to punish your characters. And if it’s a personal essay, self-flagellation is the way I go.

As far as technique – I first tell the whole story into a voice-to-text program. I read every subsequent draft aloud. This helps with rhythm and word choice. Then I let it sit. Time clarifies where the unfunny parts are. I remove those then I sharpen language.

Read and analyze pieces by authors who make you laugh, and know that humor is always going to have harsher critics than other genres. We can appreciate a serious piece even if we don’t particularly enjoy it. I am not a fan of Moby Dick, but I recognize Melville’s genius. But a humor piece (or a comedian, or a funny show, etc.) is supposed to invoke an involuntary response (something on the amusement-to-laughter scale). If a humor piece doesn’t make us laugh, we don’t tend to appreciate it on any other level either. I’m sure someone out there reads my humor pieces and says, “That’s terrible.”

That’s liberating, though. I write what I find funny, knowing that there are people who just don’t share my take on things.

Fortunately, I am finding an audience for my humor, so it’s a nice, silly, giggly bubble for all of us. On days when I feel great, I might admit that there are things I write that are funny to at least 50.000000001% of people. (*gets hit by a bus*).

WOW: Great tips--I like the idea of doing voice to text first. Your ending for "Winter Concert", with the recorder announcement—perfect! I remember those from when I was in elementary school and the torture they caused for parents and teachers. It’s like me hiding the whistle my daughter got one time as a party favor! What was that parent thinking? How did you decide on your ending for this holiday essay?

Jackie: Oof. Whistles, kazoos, drum sets. We hide ours, too...in the garbage. I wish I could say there was some aha! moment, but I always felt this was the ending. It was the only part of the piece that stayed in every draft. It just struck me as funny and hit that awful/sweet spot for me that I like. I like to get out of some essays in a way that starts with “aw, that’s great” and ends with a final twist of the knife. It goes back to my ability to get into ridiculous, often lousy situations, only to walk into worse ones (or make them worse all by myself). I think ending with just heart is fine, but I personally struggle to make that kind of ending funny.

WOW: Your bio is quite impressive! What amazing things you’ve already accomplished. So what are some future writing goals you have?

I have some bucket list items that most humorists have: McSweeney’s, The New Yorker, making my husband laugh. He’s a tough audience.

When the kids go back to school this fall, I will begin a book, which now that I say that publicly, I’ve set some pretty high stakes for myself. That's motivating, I think.

I want to keep writing essays as well, and also hope to make more short films. I have the most wonderful writing partner for film projects, and working with her is like breathing.

Lots going on, but I find that keeps my writing fresh and keeps me from getting aggravated with one project. I just set it aside and do something else.

WOW: Yes, that is a great strategy that many writers use. Good luck with your husband. Personally, I think I'm hysterical, but my daughter is the tough audience in this house. (smiles) So I have to ask since your essay is about a school event and you used to be a teacher, what did you teach? What drew you to writing instead?

Jackie: I mainly taught middle school students language arts and social studies, although I worked at the high school level a bit. I was also the coordinator of the school musical, which is probably a book in and of itself, and probably my favorite part of the job. I loved my students, I loved teaching, but I left after twelve years of it, grateful for the experiences and very, very tired.

I always enjoyed writing but didn’t pursue it.

When my daughter was born, I wrote a piece to her on the occasion of her 8th day, and with the encouragement of some friends, sent it to a popular parenting site many months later. It got accepted and then, once I celebrated, I had to figure out what the heck I was doing if I was going to continue.
I’ve been at this now for about three years, and I feel I’ve come so far, and have so much to learn. Like Hamilton, I’m writing “like I’m running out of time” because I feel in some ways I’m twenty years behind, but also that my children will keep asking me for snacks until I lose the will to type.

WOW: Exactly! Maybe in my spare time I will invent the snack machine. Want to help me? Congrats again on your essay win, and thank you for taking the time to chat with us!
Margo Dill at 12:30 AM
Share