By now you've probably read about the recent celebrity suicides. Their deaths were shocking. I wrote a blog post last weekend regarding the connection between suicide and creativity, and wondered why talented artists and writers end their own lives. It's an OK post, and had I published it, some of my kind and gentle friends would have offered positive comments. But I'm not going to do that.

Earlier this week when talking about those deaths with my daughter, I realized my blog post added nothing to the conversation. I didn't consider what my audience wanted, and offered no insights for them to take away.

So, I rewrote my post. I changed the focus to the importance of knowing your audience, and will share the story of how Anthony Bourdain recognized his own error of perception and stood up for a writer in 2012.

Marilyn Hagerty wrote a restaurant review that year in the Grand Forks Herald (ND) for the recently opened Olive Garden. Her tone was positive, and she gave readers insight into the restaurant and what to expect. She described the building, menu, and dining experience.

She'd been writing her EatBeat column for years, and knew what her readers wanted and expected from her. Grand Forks is a city of about 57,000 (53,000 in 2012), and the Olive Garden was news. The article went viral, and internet trolls from all over the country chimed in with snarky comments.

Anthony Bourdain said when he first read the review, he was critical, but then changed his mind when he realized that this is where many people in this country eat, and appreciated the fact that she wrote positive reviews. He called her a good citizen and a good neighbor. Hagerty commented that she was grateful that he came to her rescue when people were making fun of her column.

I love that he changed his mind, and defended her decision to write what was best for her audience. He didn't jump on the bandwagon and criticize the way she spoke to her readers when he had no real insight into what they wanted or needed from her column. But Hagerty knew, and trusted herself to write for them.

That's a lesson for all of us. Know your audience. Listen to your critics, but if criticism comes from someone outside your target audience, it may not be worth the cost of the Olive Garden soup and salad lunch special in 2012.

Thanks, Anthony Bourdain, for the reminder. RIP. 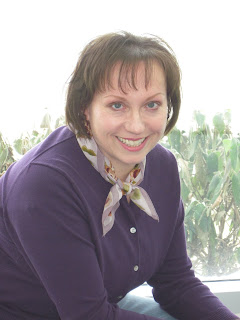 Mary Horner is a writer and teacher who has eaten many meals at Olive Garden, and remembers that people also were excited when it opened in her city.