The Case for Powerful Flashbacks 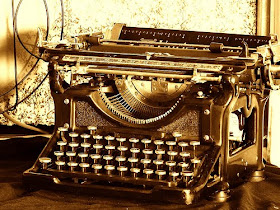 There seems to be a trend lately--with storytelling in movies, television shows, and books--to use flashbacks to deepen the plot. It's not a new literary device--that's for sure. But I remember going to conferences, when I first started seriously writing about 18 years ago, and speakers talked about using flashbacks at a minimum and only when absolutely necessary.

Now look at the popularity of the television show, This Is Us, and all the critical acclaim those writers are receiving--and it's well-deserved. The show is half flashbacks, at least. I am also reading a book, What Alice Forgot, about a woman who bumps her head and forgets 10 years of her life. But throughout the book, the author, Liane Moriarty, uses flashbacks, which are even earlier than the 10 years she forgot, to reveal what Alice's life was like as child and as a young adult. Trends come and go--multiple viewpoints were popular for a while as well as using present tense to tell a story--and I'm sure you can think of many more. I mean, that's a trend--it comes and goes, but I love this flashback one!

My writing group members recently had a discussion about revealing crucial information to the "present-day" plot in a flashback. During this discussion, I thought about this novel draft I had been writing and having trouble with--I had felt stuck and like it was the most terrible manuscript I had ever written--and then I thought, WAIT! I could start in the "present" and flashback, instead of trying to tell a linear story.

Would This Is Us be as popular if it wasn't for the elaborate and clever flashbacks?  No. Would I be out of my writing funk with this novel if it wasn't for the possibility of using a flashback? No. But here's the funny thing. When I googled some information about flashbacks for this post, I came upon this post on author Jennifer Scolluar's website , and one of the first lines is exactly what I was mentioning above. Her writing mentor, Sydney Smith, writes, "A fellow writer told me recently there is a hard and fast rule that prohibits writers from using flashbacks. That was news to me!" Apparently, Sydney hadn't been at the same writing conferences as me back in the early 2000s, but at least I had confirmation that I didn't make that up about authors who shun flashbacks.

Sydney goes on to say, "Think of Wuthering Heights – Nellie Dean tells Mr Lawrence the history of Catherine Earnshaw and Heathcliff. Through her diary, Catherine tells Mr Lawrence more about her relationship with Heathcliff and why he went away. So much of the novel is told in flashbacks of one sort or another that if you take them out, almost nothing would be left." Right? The same is true for This is Us.

So all this thinking about and enjoying flashbacks made me draw a couple conclusions:

1. If you are going to use a flashback, you need a good reason--it is the best way to tell this story, to reveal character traits, to work in the crucial backstory.

2. The anti-flashback movement is similar to the anti-prologue movement or the anti-anthropomorphic advice for picture book writers. Somehow, a few people decided these were no good and got others to jump on the bandwagon. But if your story needs these literary devices and you can write them well, then go for it.

What about you...do you use flashbacks in your fiction? Do you enjoy stories with flashbacks?

Margo L. Dill is a writer, editor, and teacher, living in St. Louis, MO. She teaches a novel course for WOW! each month, which includes 4 critiques of your work-in-progress. To check out more about her, go to http://www.margoldill.com. To check out her next class starting January 5, go to the WOW! classroom.

typewriter photo above by alexkerhead on Flickr.com
Margo Dill at 12:30 AM
Share