Seeing Your Work in a Different Light

Yesterday I received an e-mail about an upcoming writing contest. After taking a break from submitting to contests for a while, I have begun dusting off some of my work and taking a chance. This contest caught my eye because it is a Cinematic Short Story Contest—meaning, you submit short fiction that may have cinematic appeal.

I sat back and thought about this. Some of the doubt I have about my own writing ability revolves around me sometimes making things a little too bland—I think my pacing and character development are okay, but there are times I feel a piece may seem more like it’s written for a TV series, or even a play. It lacks the beautiful prose and literary devices I admire in other writers. I thought that perhaps this sort of contest could is a place where some of my writing projects would have a better fit? The fact that the judges are from film and TV production company and two magazines (one mainstream and one literary) also provides a good breadth of professionals examining the work. Two of my projects (one a flash fiction piece and the other a short story around 2,000 words) popped into my mind, and writers can submit anything up to 20,000-word novellas for this competition. I think sometimes you have take a step back and consider possibilities for your writing that you’ve never thought of before—see things in a different light. Contests can really help with this.

When interviewing one of the winners of WOW’s Summer 2017 Flash Fiction Contest I came across this topic (the interview will run on Dec. 26, so don’t miss it)! The author told me her entry was originally part of a feature script that she was working on in order to use it in representation pitches. In trying to complete the script in a month she grew burned out on the project and frustrated. She put it away for a few weeks and when she revisited it, she decided to try it as a much shorter prose piece, which ended up winning second place in our contest. If she hadn’t decided to take a different direction, that story/feature script could still be sitting on her hard drive.

The first novel I ever wrote was part of the “Book in a Month” Challenge (similar to NaNoWriMo). It couldn’t figure out what it wanted to be. It was third person, part in the present, part in the past, during a time period I was in high school. There were multiple characters and backstories woven together that weren’t really necessary. So a few years later I decided to pare it down and tell it from the POV of one teenage character and have it be a young adult novel. I think it worked a lot better (it still needs help to this day) but I had to put it away for a time before finding it a much different home.

Do you have any projects that took a detour from your original plan? Or do you have something sitting on your hard drive that may need a fresh approach? I’d love to hear about it! 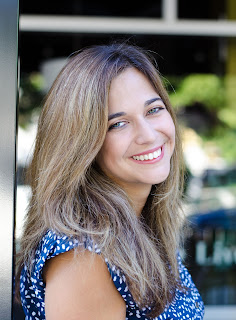 Renee Roberson is an award-winning freelance writer and editor who also works as a marketing and development director at a nonprofit theatre company. Visit her website at FinishedPages.com.
Renee Roberson at 5:50 AM
Share