The Grueling Process of Submission (Part Two): Backstory and Prologues 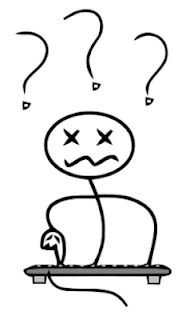 Here is part two of my series on submitting your manuscript to editors and agents. If you missed part one about your hook, proper grammar, and to be verbs, then you can check it out here. It is based on an email I received from an editor of High Hill Press, David Kirkland, and some of the common mistakes he sees in submissions. I have seen similar mistakes in contest entries and editing jobs. Okay, enough introduction--now on to part two, which starts with backstory.

Backstory can be that annoying fly on the wall that's saying you have to deal with me somehow, so how are you going to do it? The thing about backstory is the reader only needs to know enough to understand the story at that point. If it is important that the reader knows the main character went on a hunger strike for 30 days in 1972 in order to understand the story, then you must reveal that fact, even though it happened before the story starts.

But if this same character has had five dogs in his life, all bulldogs--this backstory fact may not be important to understand the story. As the author, you  might think that is interesting and quirky about your character, but you can not bog down the action of the story with the backstory.

Backstory has to be woven in naturally. Ha! I know what you are thinking. How is that even possible? This is where reading some of your favorite books comes in  handy, especially if you own copies, and you don't mind highlighting them. Learn from your favorite authors. Every time you read backstory about a character, highlight it.

Then go back and see how the author balanced the current day story with backstory and how he revealed it--was it through dialogue? Inner thoughts? A short passage of description? What you will probably notice is that the author did not include pages upon pages of backstory, a lot of flashbacks, or dreams to reveal the information readers need to know. Those techniques are not used much, are considered cliche, and often called an info dump.

This brings me to the prologue. Do you need a prologue? Agents and editors say that they don't like prologues, and they don't read them. However, you know as well as I do, that prologues are found in published books all the time, including those in recent years. So what gives? If you  absolutely feel like you  must use a prologue, then make sure it is short and there is a point--such as the reader could not understand this book without the prologue.

Also read some information about prologues. It is all over the Internet, on writers' blogs everywhere. So take some time to read about them. Finally ask yourself and maybe your critique partners: do you absolutely think I have to have this prologue?

David said this about prologues: "Generally, it is a massive info dump, and it delays getting into the story. It is set in the past, which is inherently less interesting since whatever troubles that were immediate right then have passed since we are now in the present."

If you have too much  backstory in your first ten pages or you have included a prologue that does not do its job, then you will probably have trouble getting a yes from an agent or editor. Think about this through your entire book, but especially while writing the beginning.

Margo L. Dill is a writer, editor, teacher, and published author, living in St. Louis, MO. She blogs on a regular basis about being a single mom and writing athttp://www.margoldill.com, where you can also find a list of her children's books. She teaches novel writing for WOW!, and you can find her class here.
photo above by Guudmorning! on flickr.com