NaNoWriMo: Time to Get Started 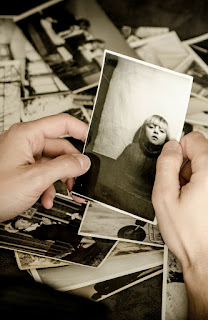 November is National Novel Writing Month, aka NaNoWriMo. So why am I writing about this in October? Because I’ve tried it two or three times and always failed. Miserably.

There are several reasons for said failure:

For 10 years I was in charge of a writing conference that took place in November. Between pre-conference, conference and post-conference, I didn’t have time. Problem with this excuse: I haven’t been in charge for 8 years. Time to get over it and move on.

I used to host Thanksgiving. Sometimes. Every year my sister and I had to decide who would host which holiday. It was a BIG DEAL. We have since decided that she gets Thanksgiving and I get Christmas. Yep. That means that that excuse doesn’t work anymore either.

I write for kids. How is that a problem? The NaNoWriMo goal is to write 50,000 words. Because I wrote for kids, the vast majority of novels are shorter than 50,000 words. Either I let it bother me or I don’t. I’m a bit of a rule breaker (who me?) so I’m 98% certain that I can get past this.

So what’s the real problem? I don’t tend to plan when I write fiction. And that’s a problem with NaNoWriMo. You can’t blast through a draft if you don’t plan. Pantsers do not blast.

That’s why I’m writing about this now. If you want to succeed at NaNoWriMo, the time to think about it is now. You, like me, need to do some serious planning.  I found an article about creating a scrapbook for your novel. I’m going to give that a shot. Like everything else, I’ll be doing it my way. I’m not using a real scrap book. There is no fancy paper. No cute stickers. But I will have:

Setting. The setting is going to play a huge part in this story because it is science fiction. I have some feel for where the story opens and where the majority of the action takes place. I’ve found photos for one of the ruins. A need the others and the main settlement. I’m going to need to create maps.

Material culture. The world is an earth-like mining colony. The majority of mines have played out so think Appalachians combined with Missouri Ozarks. I need a better feel for the material culture so that I can bring the setting to life and I know how they do things.

Outline. Last but not least, I’ll re-outline the blasted thing.

It still won’t be long enough to be an official NaNoWriMo novel but a finished draft is a finished draft. And even a short novel will be a huge success for this nonfiction writer.

To find out more about Sue Bradford Edwards writing, visit her blog, One Writer's Journey.