My process of generating writing can appear as being as interesting as counting wood shavings on a busy carpentry shop’s floor. Like most word players, I generate my ideas, organize them, and then develop my language according to the situation into which I want to place them. Thereafter, I focus on rewriting.

Rewriting is a lackluster operation, albeit one without which there can be no worthwhile product. There’s little glamour in struggling with nuances of expression, in sorting important ideas toward the goal of making discourse seem effortlessly eased into existence, or in improving the mechanical precision of texts. Like forming desserts from egg whites, good writing is necessarily laborious; the deed requires much thrashing.

What’s more, in my case, there are no accolades forthcoming from my dearest others to support me in my process. My adored sons and daughters and beloved spouse roll their eyes when I announce what they esteem as “yet another” acceptance. As well, they rant loudly, with familial impunity, if I insist on offering up what looks to be, per their measurement, a goofy text, or something otherwise viewed as embarrassing, such as works concerning menopause or narratives about invisible hedgehogs. To wit, my writing necessarily gets scrutinized by my local critical thinkers after it has milled through my process, but long before it reaches the desk of persons whose names can be found on mastheads.

I strive to salvage a smidgen of self-worth by striving not to care what my family thinks. After all, I’m engaged in writing, not in making moonshine.

Consider that other authors: create their works for folks interested in similar topics, let loose any and all critters roaming their heads and then stick around or not for subsequently needed cleanup, or get wasted on questionable substances before offering the results of their chemically-influenced fancies to publishing venues. More often than not, other word shufflers: insist on describing the rails and bricks of outhouses, adamantly remark on dysfunctional mobile phones SIM cards, assert their right to publicly contemplate the merits of edible wild flowers, and aver, in general, their entitlement to write wonky bits. As for me, I write what seems cool, and then subject my text to the caprices of my family.

No writers ought to be made culpable for the quirks of industry; we merely take responsibility for the decisions we make about why and how we write. In my case, the reality remains that the folks who love my writing best are not kin, but are: academics, professional parents, and lovers of speculative fiction. They resemble me; I mimic them.

So, while I eschew notions such as “adequate sleep gives us luscious skin, helps us control our metabolisms, and makes us feel energized” and while I write neither romances nor mysteries, I get my groove on with: hard core science fiction, social morality essays, and poetry concerning lint found in pretend critters’ navels. Essentially, I write for me. 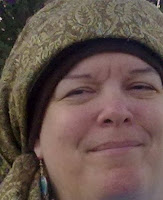