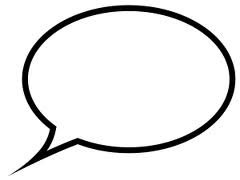 I was a bit shocked the first time Deuce cursed. Deuce isn’t my father, husband, or son. Deuce is the main character in my WIP. After the word seemed to type itself I stopped and hovered over the backspace, considering if I should erase it. A long time ago my language may have been a bit more colorful, but after two decades of raising children and substitute teaching my vocabulary has mellowed until it is definitely G rated. In fact, my rare use of a curse word has been known to silence the entire house, including the dogs. So the cursing felt a bit awkward to me.

I have a terrible ear for music but dialogue sticks with me. Dialogue that may look great written out is often a whole other thing when read aloud while keeping in mind the person saying the words. Deuce, an eighteen-year-old, has a PG, occasionally R-rated vocabulary. For him, cursing came naturally. Without the occasional curse word Deuce sounded like… at worst, an adult and at best, a really geeky teenager. The problem was that I had to put the words in Deuce’s mouth.

Like anything else I’m unfamiliar with, I decided to do a little research on modern cursing. OK, some people would call it eavesdropping but poe-ta-toe – pah-tah-toe. Being a quiet, unassuming person I’m great at eavesdro- um, research. So I became a quiet presence at school events, in malls, everywhere there were teenagers to take mental notes.

I quickly learned that for teenagers most curses aren’t interjections used to indicate intensity, instead they are a type of punctuation, casually used here and there in everyday, unemotional conversations. Then there are the abbreviation type along the lines of LOL (laughing out loud) that developed with the help of texting and eventually moved from texting communication to spoken communication. These were problematic because teens would say the letters and I had no idea what words they stood for…and my teenager wasn’t eager to educate me. Eventually, she did “translate” a few for me. Not aloud and to my face (that would be too embarrassing) but with slips of paper containing translations left on my desk. I think she was worried I would start asking her friends to translate for me. Then there were the words that meant one thing to me but to teenagers…a whole other thing! They were the toughest ones because I wasn’t even sure if they were curse words. Enter my daughter as reluctant translator again. Did you know that curse words popular in England are jumping across the pond? Who knew? Not me!

Of course my challenge of late has been teenage cursing in 2012. But because dialogue is different depending on the year, place, even profession of the people involved there is a constant challenge to make it authentic. So I recommend a three-pronged approach:

1. Talk to people from the group you’re portraying. Of course this doesn’t always work if you’re portraying immigrants to America from Eastern Europe in the 1820s. But for any groups that are available, track them down, meet them, and have a conversation.

2. Eavesdrop. Sounds sneaky but often it’s the only way to get a true picture. Many people have several ways of talking. For instance, teenagers speak one way with their group (other teenagers) and another way with outsiders (that would be adults!). You can also find movies, books, newsreels, etc. of your group – but be wary, authors/screenwriters may not have gotten it right.

3. Run it past an expert. That is, in my case let the teenagers in your life read it and ask them to pay attention to the dialogue. Does it ring true? In your case perhaps a historian, a resident from the region where your WIP takes place, or a member of your character’s profession could give you a final say.

Good luck with your dialogue and I’d love to hear about the dialogue challenges you’ve faced and how you got your characters talking right!

Jodi Webb is a WOW Blog Tour organizer and working on a YA novel (and hopefully a children's picture book if her NYC publisher ever gets her electricity back!). You can check out her book reviews and writing tales at Words by Webb.
Jodi Webb at 1:35 PM
Share