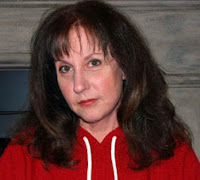 Suki Michelle is the co-author of the young adult urban fantasy, The Apocalypse Gene (Parker Publishing, Inc. 2011), on which she collaborated with her husband, Carlyle Clark. Their current co-project is a collection of speculative fiction stories set in the town of Redemption, Arkansas in the 1930s. Suki has two novels in progress and is a published poet. She owns a medical transcription company and works as a ghost-blogger for a Chicago celebrity. Suki is most proud of her beautiful daughter, Bree, who will soon complete her nursing training. Her passions include people-watching and chocolate.

WOW: Congratulations on winning first place in our Fall 2011 writing contest! What inspired you to enter the contest?

Suki: Thank you so much for the congratulations. The win was quite a thrill!

I wrote this piece as an exercise to see if I could express the feelings of a highly creative but lonely child. While the facts of the story mostly fictional, the atmosphere and emotional elements are real. Also, I had previously earned an Honorable Mention in an earlier WOW! Flash Fiction Contest, and I wanted to try again after another year of learning the craft. I was happy with the piece after at least a zillion edits (mostly deletes).

WOW: We're so glad that you decided to try again! Can you tell us what encouraged the idea behind your story, "No One Told Me Stories? "

Suki: I was trying to pinpoint the driving force behind my desire to be a writer. It began with a love of stories. My father was indeed a surgeon with an eidetic memory, though he behaved much better than the father in the story. My mother was very engaging, unlike the fictional mother. I was always encouraged to read and had many books. My grandmother often told me stories about her life in Russia during the pogroms and her experiences as an immigrant landing on Ellis Island as a young girl. Those stories were probably the first to both terrify and inspire me.

WOW: What do you enjoy about flash fiction writing versus the other kinds of writing that you do?

Suki: Flash fiction poses a specific challenge. Every word must earn the right to live on the page. If you write some scintillating prose, the best ever, but it doesn’t contribute powerfully to the piece, DELETE! If it’s fluff, DELETE! If it’s repetitive or dull, DELETE! What remains must have voice, a message, subtext, imagery, texture, rhythm--all the elements of solid writing, but economical and concentrated. Flash fiction is closest to poetry in that regard--the fewest words for the most impact. These principles carry over into everything one writes. Also, writing flash fiction is great practice for synopses and query letters.

WOW: You’ve co-written a young adult novel that’s received many positive reviews. What do you think makes for a successful collaboration on a big writing project? It seems like it could be pretty tricky making it work!

Suki: Carlyle and I have complementary skill sets - the key to our successful collaboration on The Apocalypse Gene. Carlyle’s forte is plot design. He knows how to unwind a story and where to plant “reveals” and backstory. My strength is in characterization and setting. We both have insane imaginations but very different personalities. I’m outgoing and impulsive. He’s introspective and thoughtful. I draw him out; he reins me in.

The Apocalypse Gene centers around a girl with the ability to see psychic auras. She lives in a world beset by global pandemic, and her psychic abilities make her environment all the more dismal. It was interesting to explore the conflicts she faces, especially when it becomes her mission to stop the pandemic, which she discovers is far more than a mere disease.

As you say, co-writing was sometimes tricky. It was an ambitious project and took three years to write. Did we ever argue? Ummmm no? Okay yes. A lot. But we respect each other, and we were eventually able to reach consensus without compromising our individual visions. Interestingly, we didn’t set out to write for the YA demographic. We just had a story to tell. Genre categorization came later.

WOW: What was the road to publication of your novel like?

Suki: We began by querying every agency we could find that represents writers of speculative fiction. Many requested the manuscript, either partial or full. The rejections poured in. That was a harrowing experience. Sometimes I had meltdowns, which Carlyle refers to as my “mini-Chernobyls.” Carlyle has great equanimity, and he got me through it. Eventually, I toughened up--a little (not enough).

When the agents were kind enough to comment, the feedback was consistent. They found it well written and highly imaginative, but they declined mostly because it didn’t fit neatly into a particular genre. It has elements of fantasy, science fiction, dystopia, mid-apocalyptic, paranormal romance, and cyberpunk. An agent’s primary purpose is to pitch a project to publishers, and there was no proven sales paradigm for such a mixed-genre YA novel. Hence, a slew of “regretful” rejections.

We then began a round of queries to publishers who accept direct (un-agented) submissions. Parker Publishing was very enthusiastic about the project for their newly launched YA imprint, Moxie. Parker focuses on multiethnic literature, and it just so happens that the protagonist of The Apocalypse Gene is a teenaged girl of mixed race. Parker snapped it up, designed a cool cover, and put it out there. Carlyle and I worked very hard to get reviews via blog tours, Goodreads promotions, Facebook, Twitter, and much more.

WOW: Thanks for sharing your publishing journey. That's great that you found a good home for the book and it's doing well.

Switching gears a bit, you’ve mentioned people-watching and chocolate as two of your favorite things. Can you tell us what your preferred spots are for observing others? How about your first choice for chocolate?

Suki: I live across the street from a 24-hour Walmart. I like to listen to audio-books on my Kindle and wander the aisles with my headphones on, observing, speculating, and imagining. Everyone is a potential character. I observe their expressions, clothes, body language, what they’re buying, how they handle frustrations, whether they seem kind, belligerent, or utterly mad. (The Walmart regulars no doubt think I’m a weirdo.)

I like to imagine people in strange occupations, turn them into zombies, extra-dimensional visitors, serial killers, drug addicts, superheroes, or just plain folks facing difficult conflicts. I also like to people-watch in hospital lobbies, train stations, and restaurants. I know it’s not polite to stare, but I can’t help myself!

As for my first choice for chocolate - ANY AND ALL, but no nuts, please. I’m a chocolate purist.

WOW: Now all of your fans will know what kind of chocolate to bring you. Thanks so much for chatting with us today, Suki! Before you go, do you have any tips for our readers who may be thinking about entering writing contests?

Suki: Do your best work, and enter. If (and when) you don’t win, produce more of your best work, and enter again. Writing is a tough gig. The only way to succeed is to DO IT. Get better, write, write, write, present your work to readers, judges, fellow authors, and agents. The road to writing success is paved with rejection, reward, disappointment, elation, and constant self-discovery. Keep going, but be aware--the further you travel, the more the road stretches on.

Our Winter Flash Fiction contest is open until tomorrow, February 29th!
For information, check out our contest page.
Marcia Peterson at 12:01 AM
Share