The 5 Biggest Mistakes in Writing Scenes 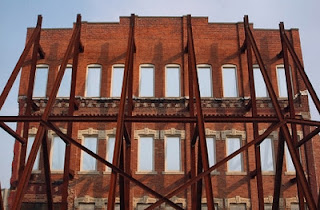 The 5 Biggest Mistakes in Writing Scenes

Have you ever seen pictures of a Hollywood back lot? The buildings look amazingly real, but they’re really just false fronts. There’s no “there” there. Likewise, a scene in a novel may have all the elements that make it appear “real,” but can be as flat as a Hollywood edifice. Events happen, characters say and do things, but the scene doesn’t come alive. So what’s wrong? Likely, the writer has made one or more of these mistakes:

1. Not having a clear point of view
Some writers hop from one character’s thoughts to another—a habit I refer to as “brain billiards.” At the other extreme, some scenes don’t have any point of view whatsoever. Events happen in a vacuum, not through the lens of any one character’s viewpoint.

Remedy: Stick to one POV per scene. When choosing which character to use ask, “Who has the most to lose or gain?” Once you answer that, it should become obvious whose POV to choose.

2. Relying too much on dialogue
When you have a scene that’s almost all dialogue, your readers can get lost and consequently feel disconnected to the scene. Dialogue should be used like spice: sprinkle in just enough to give the scene flavor.

3. Piling on the action
This is a particular danger in thrillers. The writer drags the reader through every step, giving a “blow-by-blow” account of what’s happening. The result is all show and no tell. We see the punches being thrown, struggles, chases, knife fights, but we don’t get the impact of what’s happening.

Remedy: Step back, take a breath, get inside your character’s head, and find ways to combine lots of smaller pieces of action into a bigger picture.

4. Summarizing what happened
This has the opposite effect of piling on the action. We’re told what happened instead of being thrust right in the middle of the action. Consequently, we don’t really feel involved.

Remedy: Allow the scene to unfold in real time rather than simply saying who did what to whom. Use enough details so that the reader can film a “movie in her mind.”

5. Not having a clear purpose
It’s not enough for a scene to be emotional or funny or colorful or scary. It must have a reason to be in your novel. In my work with first-time authors, too often I have read scenes that seemed more like window dressing than an integral part of the story. In these cases, the scene might be interesting in and of itself, but it leaves the reader scratching her head wondering why the author put it there.

Remedy: Before you write any scene, ask yourself how it serves your story. Each scene should either help a particular character move closer to his ultimate goal—or put up obstacles, creating a struggle.

Once you’ve become aware of these mistakes, and challenged yourself to correct them, you’ll find that your scenes are much richer, deeper, and livelier.

Diane O’Connell has been a New York publishing professional for 25 years and has worked as an editor at some of the top publishing houses, including Random House. A passionate writing coach, teacher, as well as editor, Diane is also the instructor of WOW! Women on Writing’s Mastering Point of View.

She is co-teaching a brand new WOW! class, WRITING YOUR NOVEL FROM THE GROUND UP: How to Build Your Story While Building Yourself as a Writer for Long-Term Success , which starts Wednesday, January 4, 2012 and is limited to 20 students. Sign-ups are ongoing, reserve your space now!