Why You Should Show Rather Than Tell 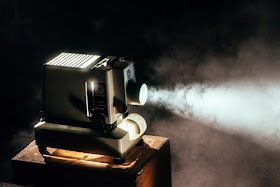 Almost every writer at one point in their career has been asked by an editor to show rather than tell. Telling the story rather than showing it is a mistake that nearly all writers make early on in their career, and manuscripts and submissions will be returned with requests for more showing. But what exactly is showing, why is it important, and how do you achieve it?

What is showing vs telling?

In short, showing encourages the reader to experience something with the character, rather than simply being told that something has happened. Showing is about conveying information through imagery and emotion, whereas telling uses exposition.

For example, ‘it was a hot day’ simply tells readers it was a hot day. But ‘With the back of her hand, Anna wiped the sweat from her forehead as she squinted against the bright rays of the sun’ is better writing because it shows that it is hot through Anna’s body language and actions.

While ‘hot’ itself can be subjective in ‘it was a hot day,’ from the longer description, we know now that it is hot enough for Anna to sweat and have enough sweat that it needs wiping away. So we’ve now got a character involved in this description, and we can infer that she is outside. Not only is it hot, but it’s sunny and bright too (whereas ‘it was a hot day’ could mean it’s a muggy, cloudy hot day—there’s no sense of light or the effects on the human body). And we also know how Anna’s body reacts to hot weather (by sweating).

Why is showing important?

Firstly, showing something is more immersive for the reader and the act of showing rather than telling quite often brings in other literary and narrative devices, thereby improving the writing craft in more ways than one.

Showing rather than telling brings in more details that readers can relate to. We’ve all been outside on a bright day where it’s hard to see or we’ve all wiped sweat from our foreheads. These are moments we now share with this character, and so showing what it means for it to be a hot day provides a point of connection between reader and character—and connections are what we want.

So, how do we achieve more showing and less telling?

1. Involve your characters in the descriptions. As in the above example, show what something means specifically for your character. And remember, it could mean different things for different characters.

2. Avoid naming emotions. Whenever you name an emotion, you’re telling the reader how someone feels. Instead, show the emotion through your character’s actions and word choice. ‘He was happy’ becomes ‘A light smile spread across his face as he heard the song.’ This tells us what has made him happy, and also shows the reader body language that they associate with happiness.

3. Have your characters exhibit non-verbal communication. Something like 70% of communication is non-verbal in real life, so make sure this is also present in your writing. We rarely have to ask people how they’re feeling moment to moment because we pick up on non-verbal cues (especially applicable with those we know well). Have your narrator notice other characters’ body language, facial expressions, actions, and posture—together, these all build up a picture of what these characters are thinking and feeling. And you can totally have a character saying one thing in dialogue but their body language implies something different—because this happens in real life so often.

4. Pay attention to imagery. Imagery is your friend when you’re looking to show more and tell less. Think about the connotations of certain images and the things they can symbolise. Do these images and meanings link to a certain emotion you’re trying to convey? Then great!

5. Use all the senses in your writing. This will immediately help you to show more to your reader and immerse them into your story.

6. Be careful of word choice. Avoid adverbs when you can, as these tell the reader how a verb is performed. Instead, use a stronger verb. ‘He ran quickly’ becomes ‘He sprinted,’ which captures more urgency. In a similar vein, adjectives should be avoided or used sparingly.

7. Be as specific as you can. The more details you give, the better. Details avoid general telling sentences while also deepening characterisation. Introducing details often means you’re using more sensory language and imagery too.

But don’t show everything!

Every time you show something, you’re often spending more time on it. This sometimes has the effect of pausing a moment. If you’re showing absolutely everything, the pacing overall can be too slow. So you want to show the important moments, plus a few others. If your main character is travelling by bus, but nothing really happens on the bus and the action is focused on what happens before and after the journey, then don’t describe the whole bus journey in great detail. It’s fine then to say ‘He caught the bus to the next town’ rather than showing him waiting for the bus, then buying his ticket, then picking his seat, etc, when the bus journey itself isn’t significant to the overall plot.

When you’re showing something, you’re telling the reader it’s important because you’re spending more time and attention on it. So make sure that these make sense for your story. It’s all about getting the balance right.
*** 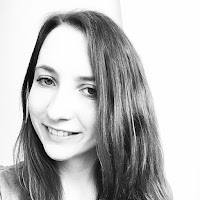 Madeline Dyer lives on a farm in the southwest of England, where she hangs out with her Shetland ponies and writes dark and twisty young adult books.

Madeline has a strong love for anything dystopian or ghostly, and she can frequently be found exploring wild places. At least one notebook is known to follow her wherever she goes. Her books include the Untamed series, the Dangerous Ones series, and Captive: A Poetry Collection on OCD, Psychosis, and Brain Inflammation.

Untamed won the 2017 SIBA award for Best Dystopian Novel and has been a #1 bestseller in its Amazon category in five countries. Madeline’s second novel Fragmented was also a runner-up for Best Young Adult novel at the 2017 SIBAs. Her memoir, Captive and her ace romance novel, My Heart to Find (written as Elin Annalise) have both been nominated for 2021 Reader’s Choice Awards from TCK publishing, for Best Memoir and Best Romance respectively.