Growing Something... and Holding Onto It

In a freak of scheduling, you're getting two servings of Sioux in a row. I figured I would continue my post from Saturday about creating a channel-platform-thingy with a couple of production friends. We'll be targeting women over 30. (We're still in the talking stage. We've only just begun. If you're ancient like me, those words might make you think of the Carpenters. Check out the end, where I've taken liberties with the first four lines of the song, and enjoy the link to the smooth croonings of Karen and Richard Carpenter.)

If you missed the past post--just two days ago--here it is, so you can catch up avoid hearing Sioux blather on. Again. 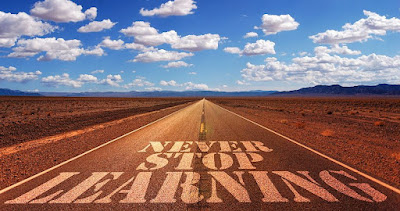 image by gerait via Pixabay

Someone with tech skills filled us in: we're contemplating launching our own channel via an OTT platform. For those who don't know--like me, prior to Saturday--OTT stands for "over the top." The channels offered via a platform are above and beyond (over the top) when it comes to companies that usually offer content. Listeners/viewers can subscribe to these channels just like people can pay for HBO and Showtime. (If I'm getting this wrong, don't hesitate to comment. I work with middle-schoolers. I get told I'm off base all. The. Time.)

This is a small fire that's been fanned in the hearts of a few of us. We know the general direction we want it to go in. Forks in the road will appear, we know. But we're definitely not interested in handing our steering wheel over to someone who has a strong personality so they can start using a new roadmap and take over... which I've seen before.

In the past, I've seen one person step in--after a project has evolved past its embryonic state--and immediately start talking about our program. Our project. Our class. They expected the creators to simply fall into place and include them in what (just a moment earlier) was someone else's our.  However, the dreamers kept true to their mission, listened to the schemer's ideas, and gently reminded them that they could help, yes. They could participate, of course. They could certainly contribute... but it was not their baby.

Hold onto what you know is true. And keep a firm grip on it. By the time it's grown large enough that it fills more than your hands, when it's evolved to the point where you're embracing it--your arms stretching as far as they can--it'll be able to stand on its own. Then you'll happy you didn't tear off pieces, fragmenting your dream.

I've been doing some research, and learned another acronym besides OTT. This one is CTA--call to action. We will need to tell the audience to check out the ____ video. To subscribe to our channel. To come back next Tuesday when a podcast about ___ drops.  Otherwise, our viewers and listeners will switch over to a different channel, leaving us behind in the dust. The CTA is a gentle nudge.

A watermark is important. Our logo--a small version--should be in a corner of whatever we do. Each time someone watches a video on our channel, they'll see our logo. That helps with brand awareness.

Apparently there are clever ways to suck a viewer deeper into content. Inserting a link at the end of one video--a link leading to another video--means they won't be a one-and-done viewer. Similar results will come from creating a "playlist." Just like a musical playlist means the listener will (hopefully) stick around for multiple songs, having a string of videos auto play, one into another, means they'll watch several videos... and perhaps get hooked. (Each time I sit down to watch something on Netflix, I plan on watching just one episode. But when the message comes on that the next episode will come on in a matter of seconds... I end up watching an entire season while lying on the couch. Netflix is so clever.)

How about you? What clever tips/hacks can you share with the blogosphere?

Pulling out hair and we're on our way...

In case you're under 60 and have no idea who
the Carpenters were--Karen had an incredible
voice, her brother Richard was a master at
arranging... and Karen died way too young from anorexia.

Sioux Roslawski is a middle-school teacher, a freelance writer, the author of Greenwood Gone: Henry's Story, and a dog rescuer. You may check out more of her writing via her blog.