Friday Speak Out!: A Debut Novelist’s Foray into the World of Sensitivity Readers 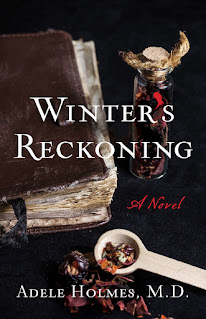 In 2019, while pitching my first novel which involved discrimination during the Jim Crow era, I was asked if I’d had a sensitivity read. In all honesty I’d never heard of the term, but its implication was fairly easy to pick up, so I brightly replied, “Yes.”

I’m white. Two of my beta-readers were Black. They both heartily approved of my manuscript. That’s the same as a sensitivity read, right? As it turns out, the answer is a definitive, “No.”

Luckily the agent did not offer a contract, and I went home to delve more deeply into the subject of sensitivity readers. A web search for articles from within the writing community revealed a deep divide—imagine that, in America, a deep divide over otherness. Not only was there disagreement on when and where, or even if, a sensitivity read was necessary, but there gaped a huge hole where the definition should have stood.

Those inclined to recommend such a manuscript review argued that no one outside a certain criteria (race differences, cultural differences, gender-identity differences, any you-name-it differences) could appropriately speak to the situation without oversight from someone inside the criteria.

Those against sensitivity reads bemoaned censorship of the author’s right to write about whatever they chose, without muzzling for the sake of political correctness.

I found little indifference on the subject, no shrugging of the shoulders with a quiet, “Meh.”

In the years since, likely due to the spotlight of the #OwnVoices movement, most writers have a working concept of what a sensitivity read is. The dictionaries, wikipedia included, have not yet applied a strict definition. Many publishers now require a sensitivity read for any manuscript that has the possibility for cultural inappropriateness. And still the debate rages with very little middle ground.

Back in 2019, a hard look at the facts of my situation led me to realize that my beta-readers were my friends, and as such, they might be biased in my favor. I chose to contract a professional sensitivity reader, and I’m glad I did. She found little to correct, a fact that bolstered my confidence in the cultural appropriateness of my novel. What she did correct was incredibly instructive to me. While I had no instances of the “white savior” role popping up, there were a few examples of white privilege that I had overlooked to call out.

I make no pretense of calming the waters; this tempest will likely never subside. But the honest sensitivity review I received made my book better—and made me a better person. I’d do it again in a heartbeat.
* * *
Adele Holmes graduated from UAMS medical school in 1993, and from residency at Arkansas Children’s Hospital in 1996. She practiced general pediatrics in central Arkansas for over twenty years. While she loved every moment of it, a serious travel bug, a need to put the voice of her soul onto paper, and a call to give back to the community led her to an early retirement in 2017. Her debut novel Winter’s Reckoning, a southern gothic set in the Southern Appalachians of 1917, will be published by She Writes Press on August 9, 2022. She continues to write, travel, and serve in her community. Visit her website at www.adeleholmes.com