Getting It Done With Pre-Writing 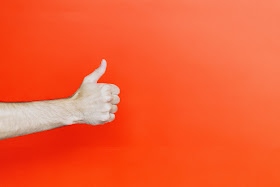 Sometimes, a sparkley idea for a novel comes along and it just…sort of…doesn’t get done. And I think I know why, or at least one big reason why: great ideas won’t go anywhere without the underlying excitement that grabs ahold and won’t let go. Which brings me to pre-writing and a couple little tests I use.
I know that the word “pre-writing” would likely lead one to believe it’s all about…well, writing. But for this writer, pre-writing begins with the idea. An idea that has me literally trying out lines in my head for weeks. When I’m thinking up random conversations between characters, the excitement grabs hold. And this is where the first test comes in.
Now, I’ll do a little zipping around in the genre to see if my idea is as common as dirt or a sparkley little gem. I’ll check out comp titles, read blurbs and such, because sometimes, I think up something that’s not a sparkley new idea so much as someone else’s sparkley new idea that I read three years ago. Ugh.
Anyway, if my concept passes the really, truly, new idea test and I’m still pretty darn excited, I’ll move on to the next pre-writing step. Which sort of involves writing. It’s not story-telling yet and I don’t open a document; this is the step where I grab a binder and start jotting down notes.
I need to know my characters before I ever write the story. In fact, I can spend quite a bit of time just naming a character. Honestly, I named my children quicker than characters in my books. Names are a crucial part of pre-writing for me, and though I know writers who can write a complete novel and go back and put in names, that’s now how I roll. I’ve got to know names!
So once I’ve got all that sorted (Whew!), I’ll figure out ages, physical and emotional traits, their childhoods (if they’re adults), their relationships, heck, all kinds of stuff that’ll probably never make it into the novel. And though I don’t go into a deep dive for every character, I’ll have something. Think of it like this: some characters are paper dolls, some are dolls who can just move their arms and legs, and some are dolls who can cry and crawl and drink and close their eyes. It’s helpful, this character-building, once I start writing the novel, and not just because the characters practically write each scene. It’s also important to see, in my pre-writing, that characters are distinct enough from each other (unless I specifically want a group of friends, for instance, to act and behave as one character).
Do I still wake up, rarin’ to go to work? Then I do the same for the setting(s); if I’m using a setting/time I know well, I don’t have a lot to do here. But if I’m putting characters in a unique or historical place and/or time, I’ve got research, sometimes lots of research. I’d much rather do all that—and it can be kinda boring—in pre-writing than when I’m on Chapter 5 and realize I have to stop and check a fact. I’ll do it, but it bogs me down. And I really hate losing my momentum once I get in the writing groove.
Finally, I’ll work on an outline or I’ll get my beats down (see Save the Cat Writes a Novel here on The Muffin for more on beats). Am I still excited? Then yay! I’ve passed all my pre-writing tests!
And here’s what I know pretty darn well about Cathy C. Hall: if I can get through all my pre-writing—the crazy characters talking in my head, the time spent on title-searching and reading buckets of blurbs, the pages and pages of notes on just about everything—and that zing hasn’t let go yet? I’m going to write a novel, y’all. And that’s how I get ‘er done.
How do you get ‘er done? Do you pre-write? Have a sure-fire test or two to get your idea from your head to finished novel? Inquiring writers want to know!
~Cathy C. Hall
Cathy C. Hall at 12:30 AM
Share