“Randy Hobler has written the best memoir of a Peace Corps experience that I have ever read. His amazingly detailed book instantly grips the reader by putting Libya in its properly rich and unique historical perspective. Everyone should read this book, to enjoy its humor as well as its insights."
—Niels Marquardt
Former Ambassador to Equatorial Guinea, Cameroon, Madagascar and the Union of the Comoros Peace Corps Volunteer—Zaire and Rwanda 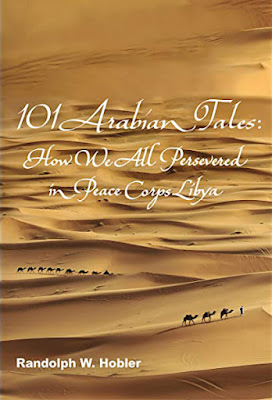 101 Arabian Tales: How We All Persevered in Peace Corps Libya is substantially set apart from the over-1,000 published Peace Corps memoirs because they are individual memoirs and this is a unique collective memoir, garnered from in-depth interviews with 101 fellow Libyan Returned Peace Corps Volunteers. A herculean effort.
The story’s spine is Hobler’s own narrative, anchored to and deftly embroidered with hundreds of other anecdotes. Rather than a narrow individual view, this collective sharing provides many rich hues and shades of experiences—hilarious, heartbreaking, insightful, poignant, as well as educational and inspiring. These volunteers were spread out over 900 miles resulting in an omniscient kaleidoscope of experiences, many of which fall under the category of “you can’t make this up!”
It’s an amazingly detailed chronicle of anecdotes, historical perspectives, fun, adventure and hardship. Hobler’s breezy whimsical style is accessible and entertaining, capped off with 220 compelling photographs.
Genre: Memoir
Print length: 479 pages
ASIN: B08MB3PFY4
ISBN: 979-8698162193
101 Arabian Tales by Randolph Hobler is available for purchase as an ebook and in print at Amazon, Barnes & Noble, and Bookshop.org.
About the Author 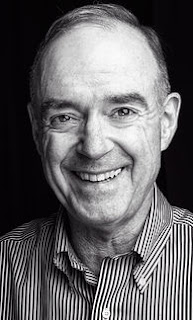 The challenge was immediately obvious. Over two decades had passed. What were the chances they still had this obscure Libyan’s records? With no access to phones or telegraph, the only option was mail. I had no idea where to even send a letter of inquiry. And mail in this third world country was slow and unreliable. I couldn’t, therefore, send along his official letter for fear of losing it. And Xerox machines were in relatively short supply in this village.
“I’ll see what I can do,” I said.

My first step was to write a letter address only to “British Army, London, England.” This was all I could figure out. Two months later, I got a letter back directing me to another office. At least this time, it was more specific. A month after that, I was directed to a third office. Then, about another month later, to a fourth office in Scotland.

Then (again from the book):
January 25, 1969 dawned cold and sunny. I went to the post office where a small box awaited me, postmarked from Scotland. Could it be? Upon opening it, I was at first astonished, then deeply gratified to see, nesting in the box, Ahmed’s three long-deserved World War II medals. I rushed over to Um El Jersan, tracked Ahmed down and offered him the box. He was overwhelmed, tears moisting his eyes, thanking me profusely. He wanted to put the medals on his holie and asked me to help. I managed to pin all three on, in the upper left chest section where I figured medals should go.

He marched about the village, chest puffed with pride, explaining to his friends that the stories he’d told them for decades about the medals were now fulfilled. The word swept through the village like wildfire and soon everyone was clapping and cheering as he continued his tour, especially the ragamuffins circling him like small planets. I felt touched by history. The whole village felt touched by history.

What makes the tale stand out? There’s the magic, the miracle of actually getting these medals 25 years later. There’s the reaction of the old man. There’s the joyous reaction of the entire village. There this sense of connecting the gigantic episode of WWII down to this tiny village. There was this humble feeling of being a witness to history. And the deep feeling of gratitude that I could help someone who had been hoping against hope that he would be redeemed, year after year.
WOW: Thank you so much for sharing your time and talent with our WOW! Readers and the world with 101 Arabian Tales. This has been such an eye-opening experience! You are a joy to interview and a talented storyteller. Thank you, Randy! 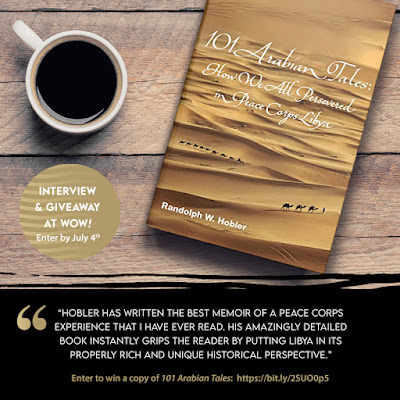