Interview with Victoria Lorrekovich-Miller , Runner Up in the WOW! 2020 Fall Flash Fiction Contest 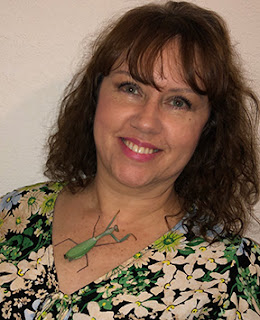 Victoria is super excited to see her first children’s picture book, If a Mantis Finds a Fly in the Sky, published and available for purchase.  This book was inspired by her real-life pet Praying Mantis, Jade, who just passed away. Who knew one could get attached to an insect! If you have, or know of, kids aged 3-8 who are big fans of bugs and Seussian rhymes, this book is for them! Victoria is an APA style-certified editor and the founder of www.LocalEditors.com, which helps high schoolers craft their college application essays and graduate students polish and publish their theses and dissertations. Her published pieces have appeared in print and online in The Bark, Dog and Kennel, Animal Wellness Magazine, YourTeen.com, Diablo Magazine, Thought Catalog, WOW! Women on Writing; her stories for kids can be seen in Cricket Magazine and Dream in Color, etc. Prior to the pandemic, Victoria worked as a wine educator on the weekends at her favorite winery: McKahn Family Cellars. She is currently working on a novel about a female-centric winery. She lives with her incredibly fun and supportive husband, Martin, and they are parents to four talented children: Ari, Justin, Logan, & Kaitlin, who are all making the world a kinder and more interesting place to live. Message her on Twitter: @Vic_Lorrekovich. Or visit her at: www.VictoriaLorrekovich-Miller.com.