Imagine you’re Black and gay. Your name is Kosoko Jackson. You write a novel about a Black gay man in Kosovo in the 1990s. And you end up cancelling the publication of your book (a month away), the 55,000 copies already printed go straight to the recycling dumpster… all because you’re criticized for not being qualified to write about that place and era.

It’s a true story. When I read it, I recalled that several years ago, I read about a lesbian writer who was stalked on the internet, to make sure she was indeed a lesbian. In some ways, the #OwnVoices movement has gone too far.

In other ways, it’s not possible to go far enough. 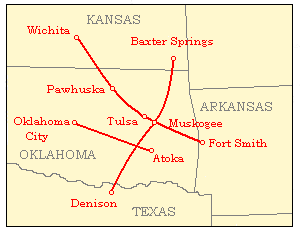 I grew up in a world of bland, more-white-than-beige books. The Dick and Jane books had no diversity. Carolyn Keene (a man) wrote the Nancy Drew mystery books I inhaled as a pre-teen… and they were full of nothing but white characters. When I was a kid, I cried for Wilbur when he lost his friend Charlotte in E. B. White's classic. When I got to middle and then high school, I read Richard Wright and fell in love with Langston Hughes.

Today, young readers are more fortunate. There is some diversity. But not enough.

These days, I’m donning my flak jacket in preparation for the grenades that are ultimately going to be lobbed at me. After all, I’ve written a story from the perspective of a young Black man. I’m white, female and in my 60s. I wrote an earlier post about the obstacles I’ve faced when it comes to this manuscript/book. Do I have the right to tell this story?

I say yes, but here is why:

I’ve done lots of research over the span of four years. I’ve pored over articles and books and videos of first-person accounts of the Tulsa Race Riot (Massacre).

I’m fired up. I’m a teacher, and I’m upset that students don’t know about the Tulsa Race Riot (Massacre). I’m appalled that grown-ups are ignorant of it. Passion fueled the first draft of my book, then set fire to it because it was pure crap… and the embers burned for so long, I had to start from scratch and write the story again--the next drafts, better.

I was an educator in a school in Ferguson, Missouri for more than a decade--during the time when Michael Brown was killed. There were protests because of Michael Brown… but no protests over 300 massacred in Tulsa a century ago (the 100-year commemoration will be in May 2021).

Henry Simmons--my main character--spoke to me. I know it sounds too fantastical to believe, but it’s the only way to explain it. Things happened to Henry, he saw things, he dreamed dreams--and none of them were plotted by me. His life unfurled in front of me as I typed--sometimes my fingers hurrying to keep up.

My wish is that dozens of Black writers tell the Tulsa story. Picture books. Middle-grade books. YA novels--more novels like Dreamland Burning--because the massace is a story that should be read by every American. As more diverse authors are embraced and celebrated and published, I hope there is room for all writers to tell all stories… as long as they stay true to the characters and as long as the story is burning a hole in the writers.

In the article that told of Kosoko Jackson, Rosenfield ended with, “But there's still time for the industry to course-correct, not by sacrificing its focus on diversity, but by relinquishing its stranglehold on the stories themselves. A colorful and creative future lies in welcoming and supporting authors from all backgrounds — and then letting them use their voices to tell whatever kinds of stories they want.”

Sioux Roslawski is a middle school teacher, and a freelance writer. If everything works out and all the stars align, her book about the Tulsa Race Massacre will be published this spring. If you’d like to read more of Sioux’s writing, check out her blog.