A Fantastic Young Adult Novel: Like a Love Story 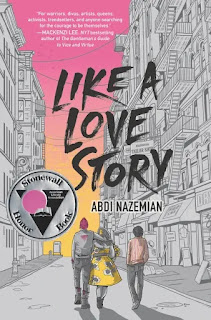 I would like to rave about a young adult book I recently finished reading. Like a Love Story by Abdi Nazemian was a fantastic read, and I want to share it with you if you like young adult novels. I didn't know anything about it when I picked it up for the "split second" that the library was open in St. Louis when COVID-19 shelter-in-place restrictions were lifted. (Currently, libraries are not open to the public here right now.)
One summer day, my daughter and I went to the library and to the teen section. I told her I wanted to check out some young adult romances because that's the next thing I'll be working on, and she actually found Like a Love Story for me. She said, "This has to be about love--look at the title." When I saw that it was set in 1989/90, that sold it for me since that's when I graduated from high school!
But once I started reading, I could hardly put it down. And of course, as an author, I want to figure out why that is.
Is it the three point of view characters?
Possibly! The first is Art. He is a rich, white, gay kid who is out and involved with an activist group in New York City who is protesting against pharmaceutical companies and churches for their roles in the AIDS crisis in the late 1980s and early 1990s. He is also a photographer. So that's a super interesting character.
Then there's Judy--she's a slightly overweight, fashion diva who is heterosexual and wants a boyfriend. She is Art's best friend. Her uncle is a mentor to her and Art, and he is dying of AIDS.
Finally, my favorite POV character is Reza. A senior in high school, like the other two, his mom, sister, and he are from Iran, but they landed in Canada, where his mom met a rich New Yorker and remarried. So Reza now lives in New York with his new stepfamily. Plus he's gay. But he's not out, and he is scared to death of his culture, of AIDS, of his mom's "heartbreak."
So these three characters kept things interesting in the book, but I think what I loved about the story so much was that it was predictable in some ways, but in others--it definitely wasn't. It was just the right balance. There's a trope: love triangle, but Abdi's characters acted like real people--with all their complications and flaws. They didn't forgive super easily. They made mistakes. They had to live with the consequences of those mistakes.
He also worked in historical facts. (Yes, the 1980s are now historical fiction!) The protests that Art went to were real. There were a lot of 80s and 90s pop culture references, and how can I forget about MADONNA?! Let's just say, she plays a huge part in this novel, and most of the references to her were pretty factual.
The other thing is...it was just good writing. It flowed. It made me feel like I was in 1989 New York. It was smart and witty, and the kind of book when I finished, I thought: Man, I wished I would have written that.
But I couldn't write anything like Abdi's book. And that's okay. It's not my style, and it's not my story. My story has a quirky, conflicted, kind, White girl who loves her family, her boyfriend, and her friends. But I can strive to write a true character who acts like a real person like Abdi did. I can strive to write as beautifully and smart as he did.
If you like young adult, I highly recommend this book. I will let you know it is not "clean." It is at least PG-13 if we are rating books. I only let you know this because I want you to read this book, but only if you enjoy this genre.
What's a great book that you've read in a genre you write in lately? And why did you love it so much? 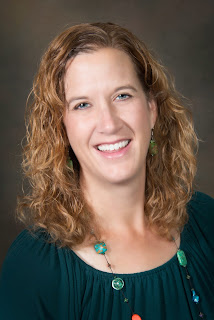 By the way, I'm teaching a writing class about young adult and middle grade novels, starting on September 30. Want to join? It's called "Writing Middle Grade and Young Adult Fiction: A Study and Workshop." You can sign up here.  To find out more about my writing (Margo Dill), go here: https://www.margoldill.com.
Margo Dill at 10:30 PM
Share