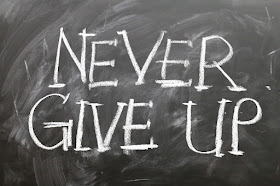 Since March, my writing stalled. For months, I couldn't imagine writing a story and barely had any interest in looking at what I had already written.

Somehow, despite the heat, during the summer, I regained my momentum and took another look at the stories I worked on so hard over the past couple of years.

I started out by doing a writing inventory. This process helped me become familiar with the stories already completed, what I wanted to do to polish them up, and re-read any half-finished pieces as well. I ended up going back to the drawing board on many stories. This involved doing what I feared the most - rereading my stories.

To be honest, when I have already started the submission process, I am afraid to go back and re-read a story. Is that weird? I feel like if I reread the story I'm going to notice flaws. Flaws I should have spotted before. Flaws that kept me from getting published. I fear that I will have to accept that I wasted time when I could have spotted these mistakes in the first place.

Yet, I did just that. I re-read my stories. Revised them. Re-submitted my stories for a new round of critiques. When I polished what I could, I re-submitted.

I'll be honest, this process feels exhausting. It often leads to many more rejections. It often leads me to feel perplexed about what I'm missing in each story. I wonder sometimes if trying to re-write too many times ruins my stories.

Then, something happened this past month. I got published. My flash fiction story entitled, "We've Been Here Before," will be published by the Sky Island Journal in their fall issue, released mid-October.

I never thought I'd get the chance to say that this year about any of my creative work. I got published.

What I've realized about writing this year is that I no longer fear the revision process. I think I used to because so many times my stories end up being nothing like where they started. In fact, this story that will be published later this year, changed many times. The main character was originally female. I changed the title about four times. It was originally under 500 words (now about 980). Some things did remain, but overall, the story changed.

Now, I'm open to changing my stories. My writing process and revision process may not be right for you, but it has worked for me. Going back, re-reading, rewriting, and tweaking things here and there has become a familiar writing process for me. I no longer worry about changing the story into something it wasn't when it started out.

Since March, I've gone back and rewritten and polished up several of the stories which are now back into the submission process. Sometimes my settings change. Many times the endings have changed. There is more to do and many more stories ahead of me to rewrite. There are also many more rejections to get beyond.

If you lost your momentum, I encourage you to pick yourself back up and keep pushing forward. So much of writing requires endurance, a trait that I've learned more about this year than other years in my life.