How "Unsolved Mysteries" Influenced My Writing

When I was in college, I became obsessed with watching the TV show “Unsolved Mysteries” when it ran on the Lifetime Channel. Working 30 plus hours a week and taking a full course load of communications classes, I rarely had downtime. When I did, I would settle onto my couch and spend my evenings with host Robert Stack, complete with his trench coat with the collar turned up. Even today, just hearing the opening theme music can make the hair stand up on the back of my neck. There was something about the stories that were shared, with the mix of ghosts, murderers, unsolved murders, missing people and strange phenomenon that reeled me in almost every time.

In fact, a few years ago my husband went on a business trip out in Long Beach, California and called me to say he was staying on an old ship that had been refurbished into a hotel.

“The Queen Mary,” I said, incredulously. “Uh oh. You’d better watch out. According to ‘Unsolved Mysteries,’ that place is haunted.” Sure enough, on the two nights he stayed there, the fire alarm went off around 3 a.m. each morning, and even he had a feeling there was a supernatural reasoning behind it.

When I found out Netflix had created a reboot of "Unsolved Mysteries," I jumped for joy but also approached it cautiously. This is, after all, the type of show that first stirred my curiosity into true crime reporting, because I discovered it at the same time I was studying to become a journalist. I’m convinced that show helped me learn how to craft intriguing lead sentences, teaser copy and scripts that interest a variety of listeners. I’ve even been toying around with the idea of creating a bonus episode of my podcast, “Missing in the Carolinas,” where I discuss some of my favorite episodes of the show, since I’ve been binging reruns on Amazon Prime.

As of right now, there are six episodes of the reboot available on Netflix, with six more to be included in the first season. Without doing any research first, I watched a few episodes this week while I’ve been on vacation. I loved the tribute they paid to original host Robert Stack in the opening credits, but then became confused. The format of the show is much like what you’d see on an Investigation Discovery show like “Disappeared,” and each episode only covers one story, rather than the re-enacted vignettes the original produced. In my opinion, the producers did a great job in uncovering some stories I’d never heard of before. The first, about a young man named Rey Rivera who died under mysterious circumstances, reeled me in. The second episode about a missing woman from Georgia was edited in such a strange way that I asked my daughter if I had missed something and had to replay a section. I got my answers in a written update at the end of the story. Only one episode in the first six featured a paranormal event—a UFO sighting in 1969 Massachusetts. I've read some mixed reviews about the reboot and agree with some people that the ghost and haunting stories of the original show were what kept me up at night. This reboot doesn't feature any of those so far.

One of the best things about the original series was the updates that would be featured in the segments, and I’m hopeful new information will help solve the cases featured in the first half of the season. If so, I hope they’ll add in updates. And although the new series doesn’t have a host standing in the shadows, I’d like to volunteer for the job if they ever decide to add one!

Have you watched the new "Unsolved Mysteries" reboot yet? Which case interested you the most? 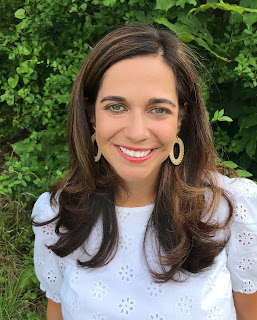 Renee Roberson is an award-winning freelance writer and magazine editor who also produces the true crime podcast, Missing in the Carolinas. Visit her website at FinishedPages.com.
Renee Roberson at 3:00 AM
Share