Joe Hill has a new book out. Full Throttle is a book of short stories he's written over the years. I drooled with anticipation when I saw it on the bookstore shelf, and didn't hesitate snatching it and rushing to the cashier. 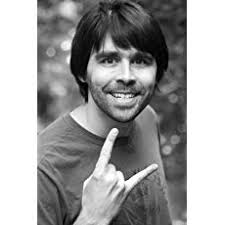 In case you aren't familiar with Joe Hill, he's one of the sons of Stephen King. In my opinion he's his father's equal. (Except when it comes to my favorites: The Shining, Delores Claiborne, and Misery. Those books are in a category all by themselves.)

Having two parents who are writers makes for some powerful DNA. Joe Hill--in some ways--is creepier than his dad. His NOS4A2 is an edge-of-the-seat ride from the first pages to the final line. I'm enthralled with everything he's written.

This most recent one has a lengthy introduction. Hill writes of the things he loved to read, along with the movies he loved to watch as a kid. One of them was Duel, Spielberg's first movie.

If you're as unfamiliar with Duel as you are Joe Hill, it's worth a watch. But to this day, there's something unsatisfying about the end of the film.

(In case you are going to immediately find/buy the movie after reading this post, I won't spoil it for you. I'll only say this: there is a question that's still unanswered when the final credits roll.)

I was delighted when the first story focused on a "duel" between a trucker and some cyclists... an echo of the movie. Would the story be more satisfying? (In my opinion of course. Most Some Stupid people appreciate the huge question that's never answered.)

In my opinion, "Throttle" is perfect. It takes the excitement of the movie Duel, and fleshes out the plot with heart and soul.

And the question is answered by the end of the story.

If you're looking for a good read... if you're in need of recharging your writer's battery, I recommend Joe Hill's Full Throttle. It's got a satisfying beginning. I imagine my joy will continue til the last story's finished.

A satisfying ending is something to behold... 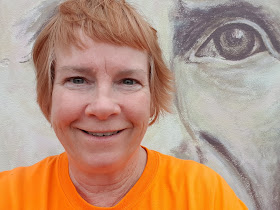 Sioux is currently a slacker when it comes to writing. She's mired under piles of paper that need to be graded, and wishful delusions of publication. When she snags a publisher (or decides to hand-write her manuscript on legal pads and sell it door-to-door), everyone will hear her shriek at such a high pitch, dogs all over the world will cover their ears and howl in pain. You can find her latest post (which was about 18 years ago) at Sioux's Page.
Sioux Roslawski at 2:33 PM
Share