Erica Dawson and the Power of Turning Fear Into Poetry 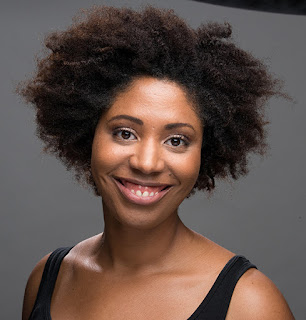 2019 has been a banner year for the fierce and expressive poet Erica Dawson. She’s taking the poetry world by storm with her three award-winning and passionate books of poetry: When Rap Spoke Straight to God (Tin House, 2018), winner of the 2018 Florida Book Awards Gold Medal for Poetry; The Small Blades Hurt (Measure Press, 2014), winner of the 2016 Poets’ Prize; and Big-Eyed Afraid (Waywiser Press, 2007), winner of the 2006 Anthony Hecht Prize. Erica spent a spell discussing her writing rituals and how opening herself up as a writer helped raise her work to new heights.

WOW: Erica, I know your schedule’s packed, and I appreciate you taking the time to speak with our readers. Your poetry is so powerful and evocative. What was the inspiration for your latest book When Rap Spoke Straight to God? Was there one moment or a series of events that converged to start you down the path of writing this powerful long-form poem?

Erica: So much of the inspiration came from my frustration with what was happening around me during the months leading up to Trump’s election. Tampa appears to be a very liberal city, in terms of the political landscape of FL; but, there were Trump bumper stickers everywhere, red hats everywhere. Things started to feel a little more tense. I was called racial slurs more than ever. Before we even knew Trump would seek office, I began to feel uncomfortable as a black woman in the South. I felt uncomfortable. That fear came out in the small, individual poems I’d been writing and publishing.

Then, I read some of those poems at the Disquiet International Literary Program in 2015. After the reading, during the Q&A, the author Eileen Myles said my poems felt unfinished, that she could tell I had more to say. And Eileen was right. So, I set out to write a long, book-length piece, to give myself room to say when I needed to say.

WOW: It’s incredible when someone else can see something in your writing and offer a positive nudge. When did you realize words have value, influence, and strength? Why did you choose poetry over prose? Who’s the poet that grabbed and shook you into true love?

Erica: I was always obsessed with language. I loved thinking about the way words come together—their rhymes, the cadence. And I was always interested in poetry, as a reader or listener. My mom always played music; and, she read us a lot of poetry. I loved the rhythm. But, as a writer, I dreamed of writing a novel. I wanted to tell stories. I studied fiction in college until a professor suggested I may be better at poetry than I was at prose. (It stung at first, but again, like Eileen, totally right.)
It was Shakespeare and Anne Sexton who hooked me in. That was it. Game over.

WOW: Ah Anne Sexton, she can sink a hook into a reader’s heart for sure. Do you have a writing process, routine, or ritual? So many writers work full-time jobs as well as writing. Between running the Tampa, FL low-res MFA program, traveling to literary conferences, reading events, and speaking engagements (to name a few), how do you create space and time to write?

It’s super hard to create the space and time. But, writing usually finds its way to me. I’ll have a sleepless night and, boom, there’s an idea. Or sometimes I’m on a plane and hoping to drift off and, boom there’s another idea. I’m pretty sleepless in general, really, so that’s when I find the space. But I don’t force myself into it. That’s never really worked for me. 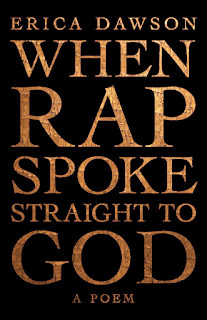 WOW: The curse of the writer are sleepless nights. I must try the dance party, but I’ll have a louder volume. Both you and WRSSTG have received so much praise, and deservedly so, could you talk about the road you took to get here? With making the brave, bold choice to be political, vulnerable, and controversial in your writing, do you ever worry how your mom or the sketchy dude on the corner might react? How do you handle negative thoughts that creep in?

Erica: This past nine months or so have been a dream. I can’t put it into words. I’ve gone to so many new places, met so many gifted artists of all kinds, made new friends, been featured in the New York Times Magazine and Oprah’s O Magazine. I’ve been on national TV! Last Tuesday night, I was a literary host at PEN America’s annual gala, alongside amazing writers like Zadie Smith, Franny Choi, Gregory Pardlo, Salman Rushdie. It’s absolutely insane.

I definitely had to push my self hard while writing the book. I had to make myself say anything. Say everything. I had to be honest. I had to be imaginative. But I had more fun writing this book than the previous two. After I got out of my way and found the courage I needed, I felt free in so many ways. It sounds cheesy, but it’s true.

My mom is ridiculously supportive of everything I do. The sketchy dude in the corner happens. The mansplaining guy who has a comment instead of a question happens. The woman who doesn’t appreciate the swearing and leaves during the middle of the reading happens. In a lot of ways, I love it (when I feel safe) when people don’t like what I’m reading. I like to think I’ve gotten under their skin, that I’ve made them uncomfortable, I’ve made them reconsider their own views. That’s pretty cool.

WOW: I, for one, can’t wait! It’s always heartening to hear about the generosity and encouragement writers have for one another. Especially when it’s taken and used to create bodies of work filled with such depth. Thank you, Erica, for sharing with us and congratulations on your fantastic year! 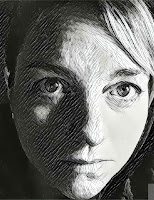 Christy O’Callaghan lives in Upstate New York. She works with incarcerated adults seeking employment. Her favorite pastimes include hiking, gardening, swimming, and collecting sea glass—anything outside in the fresh air. Her work’s appeared in various publications including the anthology Before They Were Our Mothers: Before Rosie Started Riveting, and The Sonder Review, among others. You can find her on Instagram @christyflutterby or by emailing her at chrityflutterby[at]yahoo[dot]com.
WOW! at 2:30 AM
Share