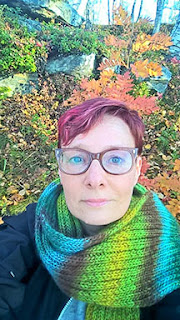 Hege A. Jakobsen Lepri is a Toronto-based translator and writer. In a previous life, she was a manager of EU projects in Tuscany. Before that, she was a sociologist in Norway. Back then she wrote poetry and erotica in Norwegian. She returned to writing in 2011, after a very, very long break. Her writing has since been longlisted for Prism International nonfiction prize and the Peter Hinchcliffe Fiction Award, nominated fro a Journey prize, and published (or forthcoming) in J Journal, Saint Katherine Review, Monarch Review, Citron Review, Sycamore Review, subTerrain Magazine, Broken Pencil, Agnes and True, Forge Literary Magazine, Fjords Review, Grain Magazine, Typehouse Literary Review, The New Quarterly and elsewhere.

She is working on a novel—and looking for an agent.

If you haven't had the chance already, be sure to read Hege's winning entry A Kind of Bargain and then return to learn more about this talented and thoughtful writer!


WOW: “A Kind of Bargain” is a very unique piece in the way that it is structured—it almost reads like a poem. How did you first come up with the idea for this essay and what types of revisions did it go through?

Hege: Thank you for noticing that. This essay actually started out as a single sentence that I kept humming and repeating to myself, so it could easily have ended up as a poem. It was more rhythm and feeling than plot for a long time. I wanted to convey some of the longing and waiting and hoping that is a part of adolescence.

WOW: I love that! It's amazing how creative you can get with creative nonfiction. Gone are the days of just a straight essay! In “ A Kind of Bargain” you paint a vivid picture of what you remember from watching Princess Diana and Prince Charles’ royal wedding. Do you remember where you were or what you were doing when you found out about her untimely death in a car accident? (She died on my birthday in 1997, so it's a day I will never forget).

Hege: I do remember. It was a Sunday. It was the day before my birthday and I was 8 months pregnant with my youngest daughter. I'd been having some strange sensations and worried that something wasn't right. We were going out to an old-fashioned café for cake and coffee, my husband, my 4-year-old and I, as a kind of celebration in case my doctor decided to send me to hospital the next day. Right by that café in Trondheim, Norway, there was a newspaper stand and every newspaper had Princess Di in their headline. I can't remember if we ever ate cake. But I remember that feeling of being at loss for words and feeling a chapter of history ending.

WOW: It really was an unforgettable day. You are a prolific writer with a number of published essays and short stories in literary journals. Are there any particular topics in your writing you often find yourself revisiting?

Hege: Our relationship to nature is a recurring theme, as is climate change and human relationships connected to this. Somehow, there is almost always a great big tree making it into my stories. Plenty of mountains too, come to think of it. I guess growing up north of the Arctic Circle, I was always surrounded by nature, and I return to that in images and metaphors, even though I now live a very urban life in downtown Toronto.

WOW: We all have books we find ourselves revisiting over and over again as a source of comfort. Do you prefer reading fiction or nonfiction and who are some of your favorite writers?

I'm also a great admirer of Alice Munro, Chimamanda Ngozi Adichie, Linn Ullman (whose autobiographical novel, Unquiet, will be released in English the new year--I recommend it to everyone). As far as nonfiction/essays are concerned, I read everything from Roxanne Gay, Dinty W. Moore, Brenda Miller, Leslie Jamison, Katherine Haake, Zadie Smith, both to learn craft and to see the world from different perspectives.

WOW: You mention you are actively working on a novel and seeking an agent. Could you share with us the subject nature of your novel?

Hege: Yes, I'm on my second draft this novel that I think will be called "Siren Songs", which is a crime novel with a literary bent, set in the extreme north of Norway where I spent my childhood. It's thin on mass murderers, but rich in ethical dilemmas and doubts. As a joke I keep saying I'll use "Nordic Noir where nothing is lost in translation" as my tag line, but that may be overselling it a bit.

WOW: I love the term Nordic Noir! That novels sounds fascinating! Please keep us posted on your progress with it, and congratulations again on your award-winning essay!
Renee Roberson at 2:30 AM
Share