October Scare (Or Recognizing the Blessing in Disguise) 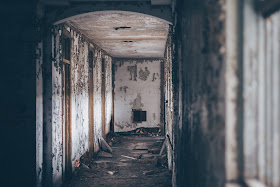 Last week, I had my handyman come by to give an estimate for painting the interior of my garage. He picked at crumbling ceiling stuff and pointed out a hole in the sheetrock. But still, when he delivered the dollar amount, it was downright scary! No way would I spend that kind of money on my garage. But I had other projects and so I figured while he was here, I’d take him down to the basement.

We trudged down the stairs and as I turned the corner, I froze. Water seeped into a sizable section of carpet! Late that evening, as I was slogging through the mess, I realized that my handyman’s high estimate had been what you call the old blessing in disguise. If I hadn’t been so annoyed with his bill, I wouldn’t have gone down to the basement till who knows when. I could’ve ended up with a completely flooded basement or worse.

And that brings me to writing and how often something that appears to be a bad turn can actually be a turn for the better.

A writer friend of mind is working on a new project and she sent me her first pages a few weeks ago. I love her concept and I love her protagonist! But in critiquing her beginning, I was super picky and I was a wee bit scared. Had I been too critical?

I heard back from her just the other day, and she had been hard at work. She needed to address a few things I’d mentioned now rather than later, and in her words, “in a weird way, you actually saved me time.” So my scary super pickiness ended up being just what she needed, even if it meant added work—the old blessing in disguise.

And I’ve had countless rejections on writing projects that turned out to be blessings:

…the essay about a family member that I thought was delightful that was nearly published only to be cut at the last minute. When I read it months later, I realized that it was much too personal to be out in the world and I thanked the writing gods that it had been rejected.

…the first ten pages of a manuscript that I was sure were ready to be sent out to agents and yet, I never received a request for the full. When I decided at last to do yet another complete read-through, I found a gaping plot hole (or two). Sometimes, when we’re deep into a manuscript, we don’t see obvious flaws until we have some distance. Boy, was I glad that full manuscript hadn’t gone out!

Of course, not every bad thing that happens can be a blessing. Sometimes, a flooded basement is just a horror. But sometimes, given a moment or two to think whilst slogging through a mess, be it basement or writing-related, we can see the blessing in disguise.

And then we can wipe our brow with a “Whew!” and get back to work. 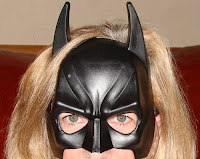 When not painting garage walls or mopping up from a clogged pipe in the basement, Cathy C. Hall writes stories for children. She has half a dozen published books, all of which are blessings!