NaNoWriMo is almost upon us... again. I don't know how many years I've tried it. I do know how many unfinished manuscripts I have because of NaNoWriMo: three. Here is a history lesson for you, boys and girls, to fill you in on why I'm doing NaNo 2018 and how I'm doing it Sioux-style. 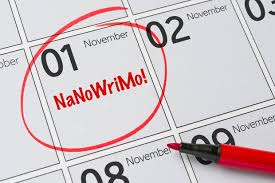 2012? 2013? 2014? (I don't remember the year)
It took longer than a month, I think. However, just like the chemicals that are released in a woman's body after a baby's born so the mother doesn't recall how excruciating labor pains are, perhaps the completion of this manuscript brought about some powerful magic, causing the details to become wispy and unclear. Finished, it was more than 50,000 words. It was real. And it was spectacular. A spectacular hot mess. A memoir, thinly disguised as a novel, it served a purpose.

To me, it was more valuable than if it had been snatched up by a publisher and resulted in a James Patterson-level contract. Well, perhaps that's not completely true but since I never submitted it and even if I did it would never get published by anyone, I have to look at the positives that do exist.

In the middle of writing it, I found a way to forgive a family member who had committed an atrocity against me. I daydreamed a dream sequence for my main character and instantly, I forgave my brother. Since I had been filled with bitterness and schemes of revenge for years, I consider my soon-to-be-dusty manuscript invaluable since it led me to peace and forgiveness.

2016
Every school day in November I sat next to my students and wrote. In the span of that one month a little more than a couple of months I told the whole story, but since it was a manuscript for middle-grade kids, I thought 25,000 words would be the perfect length.

It was a historical novel, and the event meant a great deal to me. I was invested in it. And I was jazzed. It was ready to get snapped up and published. It was perfect laughable to think that it was a polished piece.

2017
Again, every day in November I wrote with my students. Again, a historical novel for middle grades. Again, I didn't finish it in one month, but I got more words down than I would have if I had not done NaNoWriMo. I'm quite invested in this story as well, because of the subject and because it features one of my former students as a main character.

This one needs more work fictionalizing it than my 2016 one. It's still not finished, but it intrigues me because it's a mash-up between 1955 and 2017.

Spring of 2018
I bit the bullet and paid to get my manuscript (from 2016) edited. Fabulous editor. Crappy manuscript. Taking her advice, I started almost from scratch and currently, I have 43,000 words. The end is within my sight. (I plan on finishing up at close to 50,000.)

2018
If I followed the rules of NaNo, I would begin with 0 words on November 1, which is just a few days away, and begin a new project. However, if I did that, I'd have a 4th unfinished manuscript, and there's no way I want that many future doorstops.

So, what I've planned is to work on is my 2016 WIP until it's finished. I hope that before NaNo is over on November 30, I will have finished that draft and will have time to work on my 2017 manuscript. (Unfortunately, I cannot revise while I'm surrounded by students, so perhaps I will revise my 2016 project after school and during school I can work on my 2017.)

So boys and girls, ladies and gentlemen--if you're tempted to do NaNoWriMo, do it. True, you may not get to the 50,000-word finish line, but then again, you might. And if you fall short, you will still have gotten down a bunch of words and perhaps you've learned how to turn off your internal editor ... which is one of the main things a writer learns when they do NaNo.

Good luck (and let me know if you're doing NaNoWriMo). 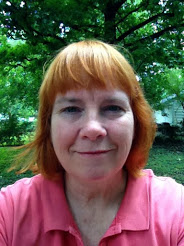 Sioux Roslawski is a middle school teacher. In  her spare time she reads, writes and rescues golden retrievers. In a few days she's going to have her eyes glued to her computer screen and her rear end glued to her chair so she can write fast and furiously for NaNoWriMo... and she'd love some company.
Sioux Roslawski at 2:16 AM
Share