Getting the Setting Details Right in Your Fiction 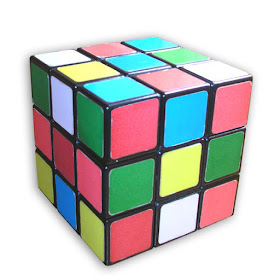 I've recently been researching different items from the late 80s and early 90s. No, I don't mean the 1880s or 1890s--but 25 to 30 years ago in the 1980s and 1990s for my current work-in-progress. And it's so fun to take a trip down memory lane to my college years. My current manuscript tells the story of a woman who is trying to figure out who she is after having her life consumed by a narcissistic man and an alcoholic sister, and that part of the story takes place in 2006. But to understand her and her story, I decided to set several chapters back in college and the "new adult" years (1989-1994).

For example, the other day, I wrote a chapter about my character, Gwen, wanting to veg out and watch some TV. If I set the story today, I would, of course, turn to Netflix or Hulu, but this scene was set in 1993 and summer. So, I googled (my best friend when first researching is always Google) TV shows in 1992 and 1993, and a list of some of my favorites popped up, including Quantum Leap, Northern Exposure and Cheers. I decided Gwen recorded on VHS several episodes of Northern Exposure because her roommate and she watched it all the time--early binge-watching--and I even referred to the actors as the men she wished her boyfriend was like.

Another time, I wrote a paragraph about my main character's sister, sitting in her bean bag on the floor, playing with a Rubik's Cube and watching Gwen talk on the phone with the cord wrapping around a chair. Someone from my writing group said, "If that's not a 90's paragraph, I don't know what is."

When I wrote my historical fiction novel, Finding My Place, set during the Civil War in Vicksburg, Mississippi, I knew that I would have to include several historical details to set the scene and make the characters' lives authentic. But when writing this women's fiction novel, I didn't realize that I would have to "research" so much. It's not really thought of as historical fiction when we set the book in the '80s and '90s, but it actually is. It's important to set the scene in any book, but especially if you are not setting it in contemporary times, without overdoing the description. It's also important to make sure that modern technology doesn't sneak its way in.

In 1865 historical fiction, my 13-year-old main character isn't using a phone or watching TV, so I didn't have to worry about technology sneaking in too soon. But with my current WIP, I'm constantly wondering: what type of cell phone would they have? Would they even have a cell phone yet? How much would a person text if they were using a flip phone as opposed to how much we text with smartphones? And in one scene, my character had to have a camera--remember those days when we used to have to get our photos developed?

It's been fun writing during this time period, but like all research, I have to be careful not to get sucked into the research, remembering shows and movies, looking at 80's fashion and reminiscing about rushing home to see who called and left a message while I was gone.

The important thing I'm realizing is that with any work of fiction, writers have to pick out the details that set the scene naturally and that don't pull readers out of the story. And luckily even if we're writing about 1880 or 1980, we currently have a wonderful resource to double check ourselves right at our fingertips, and we aren't making a trip to the library or dusting off our set of World Book encyclopedias!

Margo L. Dill is a writer, speaker, editor, instructor, and mom, living in St. Louis. You can find out more about her writing on her website here, her editing business here, and the classes she teaches for WOW! here.