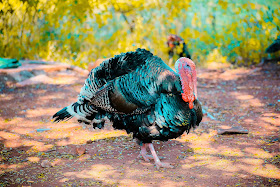 I consider myself pretty flexible when it comes to fictional characters.

You want a boy wizard who can do real magic? Build me an authentic fantasy world and I’m down with that. You got a teen warrior girl who can take down a whole bunch of other, way more experienced warrior-types in competition? Give me enough of an emotional narrative and I’m buying that, too. But there are a few character missteps that drive me crazy, so crazy that I want to stop reading. And you do not want an agent, editor, or a publisher to stop reading, too. So my tip for today is simple: steer away from a flaw that might stick in someone’s craw.


The Character Who Behaves Completely Out of Character

I cannot tell a lie; this switcheroo makes me want to throw a book across the room.

You know the character I’m talking about…the protagonist whom we think we know (because the author has spent at least half the book giving us all kinds of details that support the character’s…well, character) suddenly does something that goes against everything we know about him or her.

The trope along these lines that’s like fingernails on a chalkboard to me is the unpopular outsider character who falls for friendly overtures from the popular character. Like the girl who has serious trust issues, the loner in the school, team, or squad, who is out-of-the-blue befriended by the super cool, "it" kid in the school, team, or squad. And the poor, downtrodden character falls for it hook, line, and sinker because this time, it’ll be different. (Spoiler alert: It’s not.)

Yes, Stephen King pulled it off in Carrie. And granted, he went on to be STEPHEN KING, with Carrie made into a cult classic movie. But that doesn’t mean every novel with high school or middle school kids in it has to have this character line. Give your outsider characters a new twist on this trope, and give your readers a book they’ll want to dive into (instead of throwing across the room).

Okay, I’m not throwing any books across the room on this one; I’m too bored to make the effort.

This is the character who’s thrown in to make the story pretty. Or to add diversity. Or because you can’t have a gang of one sex without tossing in at least one of the opposite sex to make plots interesting. So you have the girl who has very few lines of dialogue. Or the Asian kid who shows up in every scene and yet has no real reason to be there. Or maybe it’s a dog or mouse or a robot who pops in every once in a while because kids like stories with animals (or robots). But whomever or whatever the character is, he, she, or it is boring or unnecessary. So give your characters a purpose—even if it’s just comic relief—and keep your readers interested.

Granted, this might be subjective. What’s unlikable to one reader may be relatable to another. But here’s the thing: a reader needs to root for the protagonist, and there are just some traits that make a character pretty unrootable. (Yeah, that’s not a word, but you know what I mean.)

Still, I might be able to root for a despicable bully if there’s enough of a backstory to show why he or she is a despicable bully. AND if the character organically grows and changes over the course of the plot.

Or if a protagonist starts out whiny and pulling the poor-pitiful-me act, I’m going to need…okay, I’m probably not going to spend time with this character. Because let’s face it, y’all.

Nobody likes a whiner.

(Wait up! What character flaw sticks in your craw? Writers want to know before they send the manuscript out!)


~Cathy C. Hall (who's busily revising a manuscript because--yep, you guessed it. There are character problems.)