The Lie I've Told Myself for Too Long


A few weeks ago I decided to pick up a book I’d been hearing a lot about called Girl, Wash Your Face by an author named Rachel Hollis. I stumbled across Hollis on social media several months ago and love hearing about her personal journey (from a rocky childhood to building a thriving lifestyle media company with only a high school degree). Her tone is always confident, brutally honest, while at the same time providing just the right amount of encouragement. Her book is set up by presenting 20 different lies she has told herself throughout the years, and how she has busted through those lies.

The book is a fun and quick read but I had to take pause when I got to the lie in Chapter 12, titled “I Need to Make Myself Smaller.” You see, Hollis is a tiny but fiery woman. She mentioned how throughout her childhood and teen years, her father would call her “Little Girl,” whenever he was trying to explain something she needed to hear about the world. Or just when he wanted her to be quiet. Despite all she tried to do to impress him, performing on stage throughout school, accomplishing a set goal, she felt the need to keep herself small, because she feared that she really wasn’t worthy of speaking confidently about herself. For years, even after she found success, she would downplay what she really did for a living, because she thought she needed to make herself “small” to keep others around her comfortable.

I had to close the book when I read that chapter because so many memories came flooding back. I’m also a small woman (five feet tall soaking wet) and all throughout high school and college, I heard the same thing. “What’s up shorty?” while being patted on top of the head. Or “Why are you SO short?” When you’ve heard that most of your life, it’s hard to find the confidence to stand up in front of a class and read a poem you’ve written or be taken seriously by an administrator you’re trying to interview for the campus newspaper. But I persevered, and kept trying. There would be times I would backslide, through. When I would start to find a measure of success, I’d remember asking classmates to drop me off blocks away from my house so they wouldn’t see where I lived. I would shrink back, telling myself that I was too “small” to think I could ever be a famous writer or make a boatload of money.

I think that is a lie that I continue to tell myself today. People still make thoughtless comments about my height, not realizing how hurtful it is. I brush it off. The other day I was trying to figure out why I had not submitted Between, the first young adult novel I ever wrote, and spent years and two SCBWI conferences polishing, to any agents. I had even gotten a great critique on the first ten pages from a published young adult author at one of the conferences! I wondered if it was because I let that voice get to me, the one that likes to tell me I don’t have a right to want to be any bigger.

So I’ve decided to work on making sure I don’t continue to tell myself that lie. I may be a small person, but that doesn’t mean I have to have small dreams. I may have come from humble beginnings, but that doesn’t mean I’m not worthy of success. As Hollis says in her book, “I get to decide who I am. Every single day we’re alive, we’re choosing this life and this persona.”

I’m curious. What are some lies you tell yourself and what will you do to combat them? 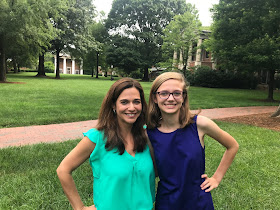 Renee Roberson is an award-winning freelance writer and editor who also works as a marketing director for a nonprofit theatre company. Her short story, “The Name You’re Not Supposed to Call Women,” received an Honorable Mention in the YA Category of the 2018 Women’s National Book Association Writing Contest.
Renee Roberson at 4:00 AM
Share