It’s no secret I’ve become a big fan of podcasts lately. I’m obsessed with finding new ones and bingeing them on my daily walks or runs or driving to work when I want to listen to something other than the pop songs that get repeated every 20 minutes or so on the radio.

A co-worker sent me a link to a podcast called Strangers awhile back, and I finally got around to listening to a few episodes this week. Now I’m hooked. The host, Lea Thau, has the type of smoky, soothing voice you might imagine hearing on NPR, or any other late night radio show. The podcast bills itself as “featuring true stories about the people we meet, the connections we make, the heartbreaks we suffer, the kindnesses we encounter, and those frightful moments when we discover that WE aren’t even who we thought we were.”

I’ve only listened to a few episodes, but they are all such unique stories (some haunting, some jaw-dropping) that make you think they can’t possibly be true. But they are. Some of the guests are going by aliases, like the woman who realized her father murdered her mother when she was still a toddler and has been instrumental in trying to get the case finally solved after 30 plus years. Or the woman who always sensed something was not quite right with her oldest child, but desperately wanted to be wrong. Until she wasn’t.

As I listen to these stories, I can’t help but admire the bravery of those willing to speak out. And I think about how we as writers have so many stories of our own that we’re afraid to tell. There are so many stories from my own childhood that I’ve only shared with those that are closest to me. And there really aren’t many I trust with my secrets. Like the fact that my childhood was filled with instability. Or the eating disorder that threatened to rob me of my mind in my 20s.

I’ve tried writing essays about some of these painful memories but they always seem to come out as self-indulgent and whiney. I don’t want to present myself that way. So I keep things inside too much. I write about them where I can.

But as I was listening to yet another of the "Strangers" episodes today, it struck me how so many of these people telling their stories managed to find their joy. Like the boy who grew up in the late 1970s/early 1980s with a hippie, free-spirited mother who thought it was find to sleep on the forest floor in the Pacific Northwest and not send her son to school. She also had very bad taste in men, and was almost killed by a man she married, right in front of her son. He persevered, became an attorney, and ended up taking a pro-bono case of a woman incarcerated for murdering her abusive husband in self-defense. He worked on that case for EIGHT years before helping her get freed. He experienced gratitude and joy as a result, and wrote about it in a memoir. Another episode featured a man incarcerated for more than 20 years for a crime he didn't commit. He went to prison at age 16 after a young witness placed him at the scene of a drive-by shooting, even though he was home with his family at the time. The jury deliberated for maybe two hours. Even after his release, he came across as one of the most positive and joyful people I've ever heard. He eventually ran for public office in the state of California. Wow.

So I believe it is important for us to write down these painful stories, even if we do nothing with them besides keep them tucked away in a journal. And we should also write down the stories from the other end of the spectrum. Like the teachers who knew I must have been struggling at home but nurtured me anyway, and believed in me. I may not be able to share every single thing I write, but simply being able to write (and make a little money doing it) is where I find my joy. Anyone who knows me can see that.

These stories are part of our existence for a reason. It’s up to us to do with them what we see fit.

What is it about writing that brings you joy? 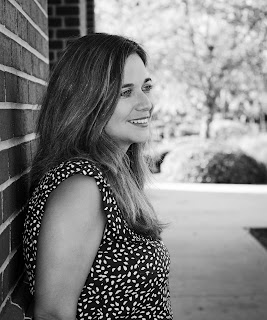 Renee Roberson is an award-winning writer and editor who also blogs at FinishedPages.com. She not only finds joy in writing, but also being a mom to two gorgeous, intelligent, and insanely different children.
Renee Roberson at 4:00 AM
Share