Finding Home for Your Work Through Contests 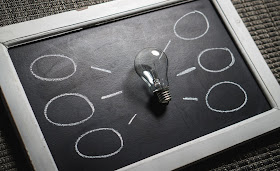 For many, many years I was afraid to write fiction. I considered myself a journalist, had never taken a creative writing class in college, and thought that was a dream better left unexplored. I enjoyed flexing creative muscles working on different types of magazines, and it was a magazine article on alternative treatments for autism that won me my first award with Writer’s Digest in 2009 with their Annual Writing Competition.

So I had my first award. I was proud. I entered a few different essay contests, but never gained much traction. I dabbled in creative writing by using prompts to help me outline a few short stories. Around 2011, (before I started working with WOW!), I entered a story from one of those prompts in WOW’s Quarterly Flash Fiction Contest. I was thrilled when the story made it through first round of judging, but didn’t end up placing. Flash fiction was a good place to start—you have to develop and tighten up a story in 750 words or less. I worked on another story inspired by a missing persons case in the city I live in and submitted it to another one of WOW’s contest. It also made it through first round judging, but didn’t place. For that story, I felt a nagging sense that the story had merit, although I hadn’t found exactly the right voice. I polished it some more and entered it once again. In the Depths placed as a runner up and remains one of my favorite stories to date.

With that encouragement I completed a few fiction manuscripts (including a few NaNoWriMos) all while still working as a freelance writer. True crime stories have drawn me in again and again, though. After telling myself for several years that I was going to enter the Writer’s Digest Popular Fiction Awards, I sat down last fall and wrote two specifically for the contest—one for the Suspense/Thriller genre and another for the Young Adult category. I almost fell out of my chair at work when I received the e-mail that I had won first place in the Suspense/Thriller category for "The Polaroid." It boosted my confidence and motivated me to dig back into my latest young adult manuscript, which features a teenage female protagonist with sensory processing disorder.

But I had been bitten by the contest bug. I wrote another short story specifically for the Writer’s Digest Short Short Story Contest (1,500 words or less) and submitted it. It didn’t place but I kept going. In early March, I noticed on Facebook that the Women’s National Book Association was holding their annual writing contest, which has four categories: fiction, memoir, poetry and new this year, young adult. I entered the 1,500-word story and the contemporary young adult story from the Popular Fiction Awards that hadn’t placed. A few weeks ago, while preparing for a run, I checked my e-mail to learn that yet another story had found a home. “The Name You’re Not Supposed to Call Women” received Honorable Mention (fourth place) in this year’s Women’s National Book Association Annual Writing Contest in the Young Adult category. I was elated.

Writing short stories has helped breathed new life into my writing. I’m more inspired than I’ve been in years and motivated. I no longer feel embarrassed that two different low-residency MFA programs in creative writing rejected me a few years ago. My advice to any writer would be to not give up. It’s that simple. If you have a feeling about a piece or manuscript, work on it, submit it, keep revising, and look for the right place to find it a home. You never know—you’d be surprised at the outcome (and contest prizes aren’t too bad, either). 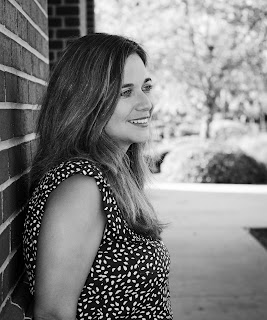 Renee Roberson is an award-winning freelance writer and editor who also works as a marketing and development director at a nonprofit theatre company. When she’s not promoting shows, she writes for several local regional magazines and polishes her short stories and manuscripts every chance she gets. Visit her website at FinishedPages.com.