Interview with Karen Neary - Author of Death in Disguise 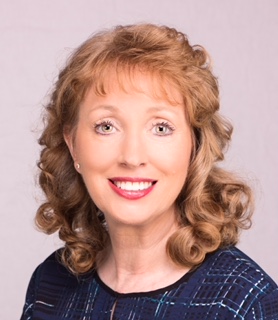 It is such a pleasure to sit down and chat with an author. Today, I have such an honor as Karen Neary takes time out of her busy schedule to talk about her recently released book Death in Disguise. Be sure to leave your comments and questions so you too can learn more about this talent author and her latest work!

WOW!:  Thank you for taking time to chat with readers here at WOW! Let's dig right in. What prompted you to write this story and share it with the world?

Karen: I’ve always enjoyed reading mysteries and trying to figure out “whodunit” before reaching the final page. One evening, I mentioned to my husband an interesting article I had read in Writers Digest regarding a memoire written by a former nanny working in Hollywood. My husband’s off-handed reply was that I should write the Death of the Hollywood Nanny. That comment spurred me to begin the journey of penning my first mystery which evolved over several drafts to become Death in Disguise. It was quite an endeavor learning how to craft the elements necessary to create a believable and entertaining story but once I achieved that I thought it was time to share the novel with the world.

WOW!:    One could assume your husband is a large influence in your career, but you know what they say about assuming?

Karen: I never planned to be a writer but rather a painter. But, while working at a spouse abuse shelter in Florida I came across the idea to write a novel about domestic abuse. I figured I’d read hundreds of books so it couldn’t be that hard to write one. So, I began writing. I can’t point to any one person who influenced my career but some writers that have influenced my writing are Taylor Caldwell, Mary Higgins Clark, Elizabeth Peters, Alexander McCall Smith, and Tracy Chevalier. Obviously, they’re not all mystery writers and have diverse styles though each possess (or possessed) a creative, and wonderfully magical way of inscribing their ideas, plots, and interpreting the world around them. Artist that have influenced my style are probably too many to mention from my all-time favorite Leonardo da Vinci to contemporary artists Cesar Santos, Erik Koeppel, Lauren Sansaricq, Alison Menke, and Jaclyn Santos. All are representational and masterful in their own style of technique and expression.

WOW!: Other writers are a big part of your life, so I'm prompted to ask: Are you a member of a writer’s group?

Karen: Yes, I am a member of a writer’s group called DreamWeavers Ink. It’s composed of a group of talented writers of various genres. Our members are extremely supportive and offer outstanding critiques that often assist in making the writing stronger and more vibrant. In addition to critiquing each other’s work, we share our experiences regarding querying, agents, publishing, and marketing ideas. I’m also a member of Sisters in Crime, a world-wide organization that offers networking, advice, support, and whose goal is to enhance the professional development of women crime writers. Additionally, I’m a member of their subgroup, the Guppies (the great unpublished—though many of us remain in the group after being published), and the local Chesapeake Chapter of SinC. Though writing is a solitary activity having connections with other writers is inspiring and energizing.

WOW!: Speaking of critiquing - How do you deal with rejection and nay-sayers? What advice would you give other authors as far as overcoming objections and rejection?

Karen: I was well aware that the world of publishing is highly competitive so I was not surprised when I received a slew of rejections. It didn’t cause me to become depressed or discouraged. I continued writing because I had a group of friends and family members who enjoyed reading my work. The thought of becoming a published author was always in the back of my mind so I continued with my search to secure a literary agent and a publishing contract. I would advise aspiring authors to enjoy the writing process and develop their craft, join a critique group, and learn about the publishing process—how to write an impressive query letter and a succinct synopsis, proper formatting, etc. My main piece of advice is don’t allow nay-sayers to distract you but to hold fast to your dream and write, write, write!

WOW!: Thank you for all your thoughts, advice, and ideas Karen. Thank you most, for your time. It's been our pleasure here at WOW! 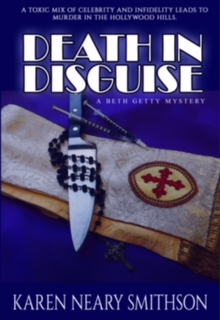 Teenage girls are being murdered in Los Angeles. Four in one week. The latest victim isn’t like the others—not a runaway or prostitute—but a nanny working for a celebrity couple.
This has Sibeal “Beth” Getty, perplexed. Beth, an Irish born fashion model gifted with an uncanny sixth sense, was acquainted with the nanny and knew of her aspirations to become an actress. The veiled motive for the deaths haunt Beth and after reading the nanny’s stolen diary, she is hell-bent on unraveling the mystery surrounding the slain teens. But she doesn’t know the first thing about conducting a murder investigation, that’s her detective husband’s line. With a healthy dose of determination and her intuition in high gear, Beth forges onward. She begins to link unconnected details and stumbles into a tangled web of deception that makes clear, nothing is as it seems.
Help comes from an unexpected source when Beth’s self-centered, actress friend offers a lead and hand in solving the crime. As Beth inches closer to detecting the murderer’s true identity will she be the next victim on the killer’s list?

Karen Neary Smithson has been a child advocate, human rights commissioner, and an art educator. As an author of traditional and cozy mysteries she finds writing magical. In addition to writing, Karen is an award winning artist whose paintings are displayed in local galleries. An avid collector, she focuses on varied genres including ancient coins and African art. She has been known to pop up as an extra in Baltimore based movies and television programs. She lives with her husband and three show cats in historic Ellicott City, Maryland.
Crystal Otto at 12:01 AM
Share