The Stories Behind the Authors


This seems like a busy time of year for authors! I follow a lot of them on social media, and have seen more posts about book release tours than usual. Sioux also wrote about one a few days ago. I got to attend a special event with one of my literary heroes, young adult novelist, John Green, last week. Of course, because I have a 14-year-old daughter who also loves to read, I positioned it to my friends that I was taking her to the event, and not vice versa. Pretty sure she’ll keep my little secret. In Sioux’s post discussing Sherman Alexie’s new memoir, she asked the question, “What have you read that resulted in you embracing the author’s vulnerability?”

To be honest, while I’ve enjoyed reading John Green books like The Fault in Our Stars and Looking for Alaska, I didn’t consider the man behind the pages. I know he has a family he adores, he loves his younger brother, Hank (the two co-host a YouTube series and podcast and are also traveling many of these tour dates together), he’s a self-proclaimed nerd and proud of it, and is passionate about giving back to causes he believes in and fighting against social injustice. But until the release of his latest book, Turtles All the Way Down, I had no idea he has also fought a lifelong battle with obsessive compulsive disorder.

The main character in his latest novel, Asa, has what Green calls “instrusive thoughts.” Thoughts like, “Excessive abdominal noise is an uncommon, but not an unprecedented, presenting symptom of infection with the bacteria Clostridium difficile, which can be fatal. I pulled out my phone and searched “human microbiome” to reread Wikipedia’s introduction to the trillions of microorganisms currently inside me.”

As Green greeted the packed auditorium where we attended the event, he shared with the audience about how he’s had these types of intrusive thoughts from childhood. He also prefaced it by saying that he had a wonderful childhood with a family who was nothing but loving and supportive, but he couldn’t escape those thoughts and the anxiety they caused no matter how hard he tried.

As I listened to him speak, and then read a selection from the book in a shaking voice, I couldn’t help but fight back tears. This was a man, an author, who has loomed so larger than life my mind, who always seems so confident in his videos online, sharing his deepest vulnerability with the audience. I could hear my daughter, who also has been known to have some of these types of thoughts, as well as sensory challenges, sniffle beside me. This is a child who has told me there are times she “just can’t get her brain to turn off” when she’s trying to go to sleep and for a few years became obsessed with researching the differences between poison oak and poison ivy because she was terrified of getting it.

Green also shared his worry that he would never be able to write another book again after the success of The Fault in Our Stars (I believe it has been almost six years since that book was published) so watching him stand in front of such a crowd (a crowd that I could tell made him more anxious than he wanted to admit) helped nudge the voice in my head that tells me I won’t be able to get past my own challenges and produce a great piece of work.

It was a great night with a powerful message. Yes, many creative people are considered “crazy.” No, that’s not really an acceptable stigma. There should be no stigma. We’re all human, and if we need to take medication or go to therapy to keep us on a level playing field, so be it. It’s not something we should have to be ashamed of.

And it will make for some damn good writing when the time comes.

What story do you have that propels you to keep moving forward? 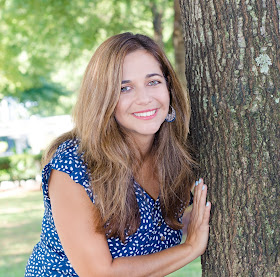 Renee Roberson is an award-winning writer and editor who also blogs at www.finishedpages.com.