On Taking Advice From Your Critique Group 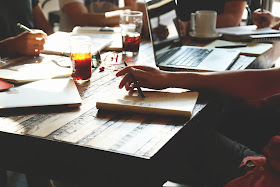 There is no finer feeling than those few moments of bliss when you’re sure you have created a written masterpiece the likes of which the world—nay the universe!—has ever known.

And then you sit down with your critique group.

In the strategies of improving our writing, the critique group is often the first line of defense against the dreaded rejection. But there are times to listen carefully to your critique partners and there are times when you should grab your manuscript and run.

When I was a little girl and someone would say something mean to me, I’d rush home to my mom and tearfully tell her all about the slight. Her standard response: “Consider the source.” Which I came to understand meant that I shouldn’t pay any attention to that person because she didn’t know what she was talking about.

It’s the same in your critique group. It matters who is giving the advice.

If the critique member is a generally strong writer, knows the genre as well as the industry, works regualrly on his/her craft, and manages to get published (or at least gets close to being published), then you should probably listen to that advice.

On the other hand, if the critique member is a hobby writer, doesn’t keep up with what’s going on with the industry or the other members in the group, shows up with more criticisms than helpful critique, then consider the source.


Technically, it doesn’t have to be three for this rule to work. If your critique group only has four members, for example, it could be the Rule of Two. But here’s how it works:

If a majority of members in your critique group point out the same problem in your manuscript, poem, or article, then you have a genuine problem, my friend, and a closer look at that problem is warranted.

However, do not count the critique member who hears someone mention a problem and chimes in, “Oh, yes! I noticed that, too!” It could be a legitimate critique, but it’s more likely the bandwagon member, that person who always piggybacks on someone else’s critique. You’re free to ignore the bandwagon member, but those other three people giving you the same advice? Ignore at your own risk. Which brings us to the last bit.

No matter how spot on your critique group is with their advice, let your notes and writing sit for a spell.

Yes, that can be challenging when your critique group has finally solved that pesky plot problem. You just want to dive right in and write away! But resist the urge to fix your problems immediately. Give yourself time to look at the whole rather than the parts. Ponder a while until you know exactly how you want to go about taking that advice.

Of course, don’t ponder for a month or you’ll forget everything. Just let your thoughts rest for a couple of days or even a week after your critique group meets. And then get back to work on that masterpiece. Because the next time—Ahhh, the next time!—your critique group is going to be amazed with what new writing brilliance you hath wrought! 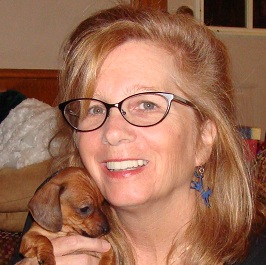 Cathy C. Hall is a kidlit author and humor writer. She jumps in and out of critique groups so as her mother would also say: "Do what I say, not what I do!" (She does work steadily, though, and is always happy to share writing advice. Come see more here!)