Character Creation: 4 Tips for Writing about Characters that Are Different from You 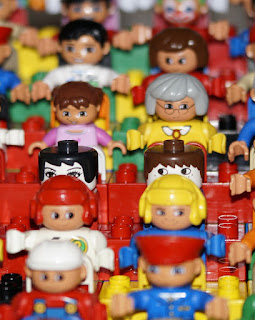 A lot has been written lately about who owns what story. Members of the dominant culture are being discouraged, at least in children’s publishing, from telling stories that come from other cultures. The belief is that these stories should be told by people from these cultures.

What I’m talking about is writing a character who is a different age or gender.  Perhaps your character isn’t even human. Numerous stories have been told from the perspective of rabbits, cats and bears.

This is something that has been on my mind because of my current fiction project. My main characters are a pair of 12-year-old cousins, one boy and one girl. They are from my own culture but are home schooled and travel with one set of parents or the other. This is very different from how I grew up and I’m far from 12.

I don’t have much more in common with my secondary characters.  There are 3 adults in this book – the boy’s parents who are wildlife biologists and a younger biologist who is familiar with the area in which the story takes place.  All the rest of my characters are yetis. Yep, yetis. They range in age but they are definitely yeti.

None of these characters is much like me. How then do I write characters who are so unlike myself?  Here are four simple tips.

Look for common background.  What is it that you have in common with the character?  It might be your gender, your age or where you live. Maybe it is your profession.  These are the easiest ways for either you or your reader to connect with your character. Can’t find any common background? That’s okay.  I had this problem with the yeti.  I just had to look deeper.

What are your hopes, fears and needs? Whether you are 20 or 80, people need food and shelter, purpose and companionship. Even the adult yetis want to keep the kids safe. These hopes, fears, and needs are one more way to understand your characters. But there is still more that you can draw on.

Look at emotions.  My yeti character and I may not have much in common, but neither one of us wants to be afraid. We both like to laugh and have a fierce sense of justice. Joy and anger, curiosity and cunning.  These are all be experienced by people and yetis of different ages, genders and time periods.

Focus on what you share.  Sometimes we become obsessed with the differences.  How can I truly see into the head and heart of a 12 year-old boy?  What if I get the yeti perspective all wrong?  When we do this, we forget about the common ground.


To find out more about Sue Bradford Edwards' writing, visit her blog, One Writer's Journey.  Sue is also the instructor for Writing Nonfiction for Children and Young Adults. The next session begins October 9th.
Sue Bradford Edwards at 1:00 AM
Share