The second, third, and fourth line

A speaker once began his presentation by writing in huge letters the word "SEX" on the whiteboard. He then looked to the audience and said "Now that I have your attention, my speech has nothing to do with sex." The audience was both confused and disappointed.

First lines are important, but the second, third, and fourth ones should help explain to the reader what is happening, or what to expect. I've written about the difficulty of first sentences, and wanted to share an example of how a strong first sentence can be wasted if the next sentences don't follow through.

“I’m getting married!” I blurted out as soon as I saw my best friend, Nancy.

"Congratulations!" (OK, second line works, but watch what happens next.)

"You know how when I was a little girl, and I always wanted to marry a magician with curly black hair? Well, my neighbor, Shirley, remember, she’s the one who worked for the water district, and almost poisoned our city’s water supply last year? Well, anyway, Shirley had a cat that ran away, his name was Whiskers, an orange tabby, and she put up posters around town saying he was missing. So anyway, I was at the coffee shop when a man with dark curly hair came in. When he got to the counter and saw the poster, he said 'Oh, no, Whiskers is missing.'”

“You know Whiskers?” I asked.

“You know Shirley?” I asked.

“Small world. She’s my neighbor, too.”

At this point, I've wandered far, far away from "I'm getting married!" We've heard about Shirley, her job and her cat, the mysterious man with curly black hair (who may or may not be a magician), and how they introduce themselves. Is this the groom to be? We don't know.

This little scene would be perfectly fine on it's own, or maybe the response to the question about how they met, but because I began with the phrase "I'm getting married," the reader may be confused.

So let's try this again:

Leah gasped, and then blurted out, "To Jerry?"

"Of course to Jerry," I said. "He finally popped the question."

"Yeah, five years is a long time to date. When's the wedding?"

"Not sure," I said. "He doesn't want to rush anything. He says it will take a couple of years to get his dental practice up and running."

"Of course it will," I said, sighing.

"Oh, and he doesn't want me to tell anyone, so don't say anything."

So now I have some pertinent information that specifically expands on the sentence about getting married. We know who she's marrying, that it was a long courtship and may be a long engagement as well, and that he's a dentist. It also raises a question: why doesn't he want her to tell anyone? Hmm. That says a lot right there. I may read on to find out.

So just like a high-five, don't leave a first sentence hanging. Connect it to the rest of your story. 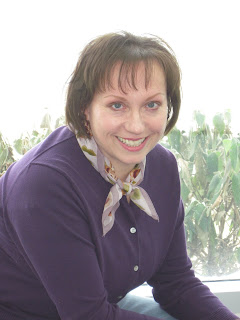 Mary Horner is the author of Strengthen Your Nonfiction Writing, and teaches communications at St. Louis and St. Charles Community Colleges. Her short story, "Shirley and the apricot tree," will be published this fall in Kansas City Voices. (And I'm beginning to wonder why I use the name Shirley so often!)
Mary Horner at 2:00 AM
Share