Living Through My Own Version of “The Glass Castle”

This weekend, the film adaptation of Jeanette Walls’ powerful memoir “The Glass Castle” opened in theaters. I read the book a few years ago and couldn’t put it down. Although I was fortunate and didn’t grow up with parents quite as erratic as the author’s, there were so many parts of the story that resonated with me. In fact, when I showed the movie trailer to both of my kids a few days ago, I couldn’t help but break down and weep.

I had a step-father who thought nothing of moving us from place to place every few months, we were constantly dodging creditors throughout my childhood, and there were many times we moved into questionable places that he had grand plans to “fix up and make our dream house.” That would only last a few months, and then we would move once again, leaving behind a house or mobile home with modest renovations completed. I tried to put some of my feelings about this down in an essay I wrote a few years ago, titled “Moving.”

I learned to live in a constant state of flux, holding my breath and waiting for the inevitable. If my parents were unhappy with our living situation, we simply packed up all our things and left. By the time I was in seventh grade, I had attended six different schools and lived in more houses and mobile homes than I’ll ever be able to remember. The cars my parents drove changed just as frequently. I hated starting new schools and trying to make friends from scratch. The Hispanic heritage on my mother’s side, awkward haircuts and big bulky glasses left me a prime target for ridicule and bullying in my younger years. To this day, I cannot walk into a room full of strangers without feeling my skin crawl.

For a long time, I had issues with all the “things” I felt we were collecting in our home. I wasn’t used to being able to save so much, because I was used to only holding on to the bare minimum of possessions so we could be ready for the next move. While I still don’t like clutter, I’ve made peace with a few things, as I also wrote.

So I’ve come to realize that maybe it’s a good thing to have an entire bin in the garage full of artwork from my son and daughter. It is okay if we store some of their old toys in our attic so they can reclaim them someday. That is what normal families do. My kids both attended the same preschool and have grown up with the children at their elementary school. I never had that opportunity. I lived in so many homes, had so many babysitters and attended so many schools, that its often hard to remember details like street names and zip codes, much less what the inside of the homes looked like.

I admire the courage Jeanette Walls had to put her story out there, especially since her mother is still alive. From what I can tell from some of the interviews I’ve read with Walls, her mother Rose Mary came to terms with what she describes as  "how her daughter remembered her childhood" and now even lives with the author and her husband in a cottage on their property.

As for me, my parents divorced in 2004. My stepfather went on to remarry and did end up building his dream house out in Colorado—only he did it with his new wife and not with us. My mother lives in a small home two-bedroom home but is happy as she can be, because she is dependent upon her own survival and supports herself by working 40+ hours a week at a hardware store. She has lived in the same place since the divorce. My husband and I bought a new house back in April that has everything we could ever want in it and we don’t plan on moving anytime soon.

I hope to provide a different life for my kids than the one I had. 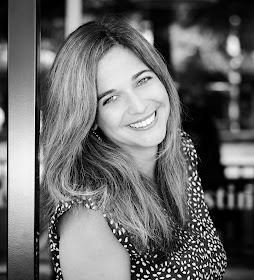 Renee Roberson is an award-winning freelance writer and editor who resides in North Carolina with her husband and two kids.
Renee Roberson at 3:53 AM
Share