I wasn't the kid who wrote stories filled with talking tigers when I was six or eight years old. I wasn't interested in writing because I had no clue that was even a possibility to consider. Sobbing at the end of Charlotte's Web...Inhaling Nancy Drew books I got from either the bookmobile or garage sales--I loved reading, but doing the same thing E.B White or Carolyn Keene did? It didn't even occur to me.

In 7th grade I snagged a spot on the school newspaper and immediately proved myself enough that I was named editor. I got to write features along with ensuring every piece was mistake-free and had the right number of column inches. (Sometimes, size does matter.) Making people laugh over my screw-ups made me proud.

Back then, the lines were pretty well perfect the first time around... at least semi-perfect considering it was a pimple-faced kid who was crafting them. Thankfully I had teachers who balanced the shallow stuff I was serving up with mind-blowing poetry. Paul Simon. Crosby, Stills and Nash (and Young, of course). Joni Mitchell. Cat Stevens. Carole King. Charles Dickens.

"What!" you say? "Dicken's ain't no poet." Au contraire! The beginning of Tale of Two Cities sure sounds like poetry to me. In Mr. Miya's class and then later, in Mr. Gates' class, we studied the rhythm, the alliteration, the metaphors, the symbolism of the folk singers and various novelists.

Before you can write, you have to kneel down and worship at a bunch of altars. For me, it was Sandra Dallas. Emily Dickinson. James Agee and Walker Evans' Let Us Now Praise Famous Men.

Fast-forward to around thirty forty almost fifty years later. Now, I do write. I've fallen in love with other writers, But am I a writer?

I  wonder and I pondered that--pondered it hard--after I read Lynn's post.

Lynn Obermoeller is a true writer. She writes every day. She reflects upon her writing and her craft. She does such methodical and consistent things when it comes to writing, I'd call writing her second religion. Really.

Thanks to my work as a teacher and thanks to my critique partners, I've fallen in love with the act of writing. But... I need to find a way to sustain that love.

Howboutchou? Are you a writer? What makes you a writer, and what can you do to become even more entrenched as a writer? Pondering minds (like Sioux's) want to know... 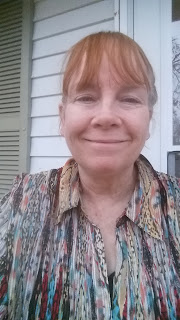 Sioux Roslawski  is a writer whose stories can be read in 15 Chicken Soup for the Soul anthologies. When she was a teen, she thought she was a writer as she dabbled in humorous feature pieces and angst-filled poems. Now, she knows all that she doesn't know... and realizes she's working on becoming a writer. If you want to read more of Sioux's stuff, check out her blog.