What I Didn't Know Before Becoming a Writer


I was scrolling through the writing advice boards on Pinterest when a blog post titled “What I Wish I Had Known Before I Became a Writer” caught my eye. The post (written by a novelist) had some good points, but many of them pertained to misconceptions about what her life would be like after she published a novel. I decided to take this topic and spin it a bit to reflect my own journey as a writer, which consists mostly of public relations, human-interest stories for magazines, and freelance editing.

Here is what I didn't know before becoming a writer:

Writing jobs don’t always pay as much as you think they will. Nowadays, traditional newspaper jobs still exist, but they are slowly being replaced by titles like “digital content specialists” and bloggers. When I first graduated from college, I thought I was going to go work for a newspaper and support myself entirely from that salary. Boy, was I wrong. When one of the newspapers I was interviewing with let the salary drop, my heart sank. I ended up taking a job in an advertising agency as a media assistant, and still had to keep my job working at a local restaurant on the weekends to supplement my income. The job didn't require a whole lot of writing--mostly number crunching and a press release here and there. Writing seems glamorous, but jobs in the industry often don’t pay what you think they will.

You will find yourself taking jobs that don’t necessarily require creative writing. I don’t always spend my time during the day reporting, interviewing, and writing. Sometimes I write advertising copy, work on content management for websites, and fact-check lists before they are published in magazines. They aren’t always glamorous jobs, but they pay a respectable amount of money and the work is there each month if I want it.

Writing is only part of the job—marketing is another. That was the gist of the post I read that inspired this article. The novelist lamented on how much time she had to spend marketing her work after being published. I also feel like I have to spend a lot of time keeping visible on social media accounts, thinking up article queries to pitch, keeping track of invoices and payments, working on projects for regular clients, etc. Then I find myself sitting in front of my computer at 9 p.m. and telling myself to open up my latest manuscript and get back to work rewriting. More often than not, it doesn’t happen.

Don’t get me wrong. I love being a writer and all the opportunities it has given me over the years. People are usually impressed when I tell them what I do (I don’t mention my not-so-impressive salary). But there is a constant tug-of-war between me telling myself what I should be working on (hard and fast deadlines) and what I want to be working on (unpublished manuscripts, essays, writing contests). Not to mention the self doubt that plagues me with little whispers of "You'll never be good enough," even though my clips suggest otherwise. I struggle every day for that balance.

What do you wish you had known before you became a writer? 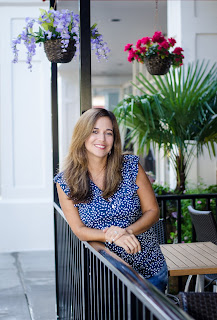 Renee Roberson is an award-winning freelance writer and editor who has worked in public relations, media planning, magazine publishing, and also works as a dog walker for supplemental income. Visit her at FinishedPages.com.
Renee Roberson at 4:00 AM
Share