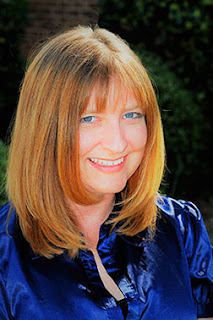 Laurie’s love of writing began in 3rd grade when her teacher, in an effort to keep Laurie from talking to her neighbor, had her complete story starters. Years later, as a college freshman at Lander University, Laurie was encouraged by her Southern Lit teacher to change her major to English. After receiving her BA, Laurie attended grad school at Clemson University where she participated in fiction workshops and completed a creative Master’s thesis—a collection of short stories entitled Chaos, Convicts, and Catastrophes. She continues to write not only for the sake of creativity but also because writing is cheaper than therapy.

Laurie, like many writing-enthusiasts, teaches English. She served in the English Department at Clemson for over ten years. After becoming a mom, she accepted a part-time teaching position at Greenville Technical College where she has the opportunity to work with a diverse group of students and a supportive faculty. Laurie's previous publications include “Summertime Therapy,” an ode to her favorite baseball team. Most recently, her work appeared in a 2016 issue of The Stoneslide Corrective.

In addition to teaching and writing, Laurie watches too many television crime dramas and experiments with mixed media art. She also listens to a lot of audio-books as she drives her almost-teenage daughter to school, gymnastics, and beyond. Laurie lives in the Greenville, SC area with her husband, daughter, and dogs.

"This writing contest has been such a positive experience," says Laurie. "I certainly appreciate the exposure my writing has received, but beyond that, I am thankful for the thoughtful feedback and encouragement from WOW staff."

Read Laurie's winning entry here and then come back to learn more about what inspires her writing projects.

WOW: Congratulations again, Laurie, and welcome! One of the first things that struck me in "To Times Square, With Love" was the beautiful imagery. I could really visualize the scene you were describing. What tips would you offer for writers such as myself who are working on more "showing, not telling?"

Laurie: As a composition instructor, I require my students to write descriptive paragraphs or essays. I often find that young writers will default to appealing to the senses of sight and sound while ignoring the others. In preparation for these essays, I ask them to complete several brainstorming assignments that require them to think about their subjects in terms of all five senses. We also complete exercises where students replace weak, abstract, or vague verbs and adjectives with concrete and specific word choices that help to create a strong mental image. Teaching descriptive writing has helped me hone my own descriptive writing skills, but I also understand the importance of focus and revising.

I remember writing a short story in high school. I poured my heart into the story only to have the teacher return it with the comment, “Show don’t tell! Lacks a sense of being there!” I still struggle to balance appealing imagery and interesting, playful language with a strong plot. If the imagery and language come easily, I typically have to work harder to find a plot or to keep the plot from slipping away. If a strong plot emerges quickly, I will spend much more revision time tweaking the language to move away from telling into showing. Focusing on one element then another seems to work best for me. “To Times Square, With Love” began as a love letter to NYC, heavy on the description. Then, I teased the conflict out of the description by creating the love triangle where the character had to choose between a person she loves and the city that is her home.

WOW: In what ways has writing been therapeutic for you personally?

Laurie: When I am writing creative non-fiction, I may see patterns emerge or themes repeat. Sometimes recognizing patterns helps me understand my thoughts and emotions in a new or better way.

Also, a few friends have referred to me as blunt, so I temper my responses, choose my words carefully, guard my emotions. Most people do; this temperance is how we survive in society! I can, however, channel some of that unspoken anger, fear, or frustration into fiction. My characters can boldly resign from their jobs, publicly confront backstabbing friends, or bravely refute accepted beliefs; they can give voice to feelings I may not be able to own openly. Writing is quite cathartic.

WOW: Like you, I also am a big fan of television crime dramas. What are some of your favorites and have any of the storylines inspired your own writing?

Laurie: My favorites right now are The Blacklist, Criminal Minds, and How to Get Away with Murder. I don’t think I have been inspired by the storylines although I would love to play with flashbacks like HTGAWM. That method of storytelling really keeps my attention and appears to offer great flexibility in the development of characters and backstory.

WOW: Tell us a little about the inspiration behind your poem, "Summertime Therapy," which features more of that fabulous imagery.

Laurie: The Cubs are my favorite team and I love to see them play every chance I get! Even during the lean years, the game-day atmosphere surrounding Wrigley Field is electric. The bars and souvenir shops overflow with fans; many, like me, travel to Chicago specifically to attend baseball games. For a Cub’s fan attending a game in Chicago, the baseball experience extends far beyond those 9-innings and ivy-covered walls to include the entire neighborhood for several hours before and after a game.

I actually wrote this poem after a visit to Chicago. Even though baseball season was over, I still made my way to Wrigleyville to take some photos and pick up some souvenirs. The streets were so quiet. The contrast between that visit and my previous game-day visits was extreme and disquieting and made me miss the excitement of game day.

A part of me would love to live in a major city, but during that trip, I acknowledged that people don’t play tourists in their own cities. Even though they are surrounded by amazing opportunities, people don’t carve out the time to enjoy them. When we are in everyday-life mode, we rarely make time for a game, a trip to a museum, or a night at the local theater, and that’s a sad reality. I wanted to capture that feeling when someone realizes they are missing something they love—in this case, baseball.

WOW: You mention attending fiction workshops at Clemson University while working on your master's degree. What topics do you think are beneficial to writers when researching workshops?

Laurie: The fiction workshops at Clemson were actually semester-long classes that combined under-grads and grad students from different areas; students only needed a desire to write and a willingness to share. Usually those classes were limited to around 10-12 people. The professor, who had published a few novels and several short stories himself, was an amazing facilitator. At the start of the semester, he hosted a get-together at his house to help us bond. In the weeks that followed, we would read each other’s work and gather around a table, sometimes with snacks and sodas, to discuss each story. The casual, small-group setting was paramount and allowed for open and honest feedback. We were able to ask each other questions, talk about the writing process, and learn from each other. While the professor served more as a facilitator during discussions, he was also quite generous with his feedback, writing personal comments on each submission.

Because the class members had different interests and levels of experience, each week was a potluck of prose; that variety made the class really fun! By the end of the semester, I would have 3-4 short stories in various draft stages, lots of feedback to consider, and, perhaps most importantly, inspiration to continue writing and revising.

WOW: Thank you again, Laurie, for all these thoughtful responses, and we wish you all the luck with your future writing endeavors!