I admit it. I'm ga-ga for Viola Davis. Her facial muscles, her voice, her physical gestures... they're all instruments she plays, with the same talent that Itzhak Perlman plays his violin. 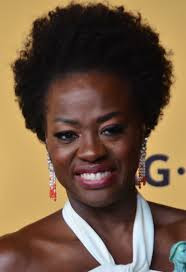 Unfortunately, I often fall asleep before the credits roll on the show How to Get Away With Murder. (It's an edge-of-your-seat show, but my exhaustion usually trumps every level of excitement.) The Thursday I was crafting this post was no exception. To make matters worse, it was the two-hour season finale. I dozed a bit, then woke up, watched the plot thicken even more, the events began to crescendo to the point I thought the show was over. And I switched channels (too early), figuring there was nothing left but credits. Which leads me to

I have been trying to get in contact with a man in Washington, D.C. for months. He has an important document, a first-person account of the event my current WIP focuses on. I've left phone messages until his voicemail box filled up. I've emailed him. I even tried to bribe him by sending him what I planned on writing in my forward about him. Nothing.

This week, I called again, figuring it'd be in vain. Again, as it has been futile so many times over the months. I almost doused my pantyliner when he actually answered. We spoke, he suggested some books, and perhaps I might get access to the document. Perhaps not, but at least it got me hopeful and energized again about the manuscript.

Lesson #2:  It's all in the details.
Characters reveal themselves through their gestures. Their habits. They should become familiar to the reader in moments, gradually spread out, just like Davis, as Annalise Keating, does in this scene:

Lesson #3:  It's (also) all about the heart.
What a character wants--deep down--is crucial. If a writer doesn't know what their main characters desire at their inner core level, their plot will flounder. On Viola Davis' show, the lawyers peel off their exteriors like an onion getting peeled. Over the seasons, more and more of their interior is revealed.

Lesson #4:  Include some twists.
How to Get Away With Murder is all twists and turns. If you run into the kitchen, you might miss an OMG moment. Make sure your plot isn't plodding at a boring pace. Surprise the reader with some well-crafted and well-placed twists--the reader will thank you for it.

Lesson #5:  End at the edge of a cliff.
I've heard famous authors say they end their writing day in the middle of a scene... that way, when they begin writing the next day, they won't have to prime the pump. Instead, they can jump right in. How to Get Away With Murder screeches to a stop, teetering on the edge, at the end of every episode.

And now--very soon--I will be getting back to my WIP... 'cause one phone call made all the difference between hope and despondency. 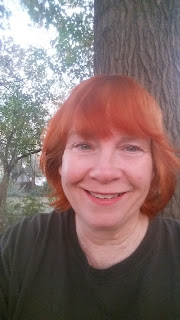 What about you? What television or movie characters fascinate you?

Sioux Roslawski was in awe over high school chemistry teacher Walter White in Breaking Bad, mourns the lost days of Josiah Bartlet as president, Allison Janney as White House press secretary and  Aaron Sorkin as speechwriter (The West Wing), wishes all doctors were like most of the ones on St. Elsewhere, and loved the cops on Hill Street Blues. When not falling asleep in front of a television, she's teaching incredibly talented middle-schoolers or rescuing dogs for Love a Golden Rescue. To read more of her mumbled meanderings, go to her blog.